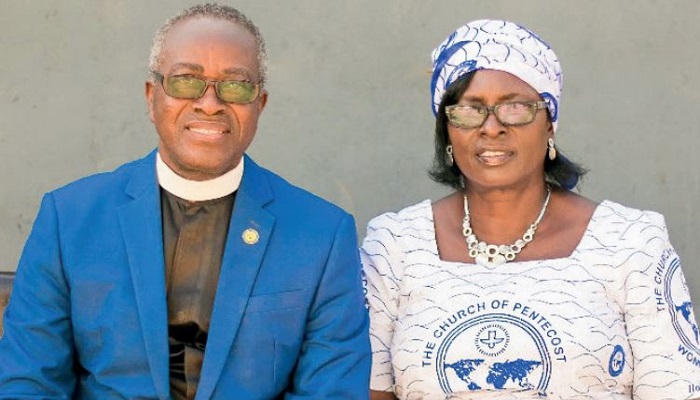 Edward Arthur Quaye was born on September, 24, 1954, at Aboso near Tarkwa in the Western Region. His parents were the late Opayin Kofi Kwei and Mena Aya Efua Abbam, both from Mumford near Apam in the Central Region.

Pastor Arthur Quaye started elementary school at Mumford in 1960 and continued at Aboso in 1965. He completed elementary school in 1969, then continued to the Apam Secondary School from 1971 to 1977. In 1980, he gained admission into the University of Ghana, where he obtained a Diploma in Public Administration in 1982. In 2004, he had his Bachelors in Theology (Modular Option) at the Pentecost University College.

After finishing his Sixth Form education he worked with the Ghana Library Board in Accra as Assistant Librarian before proceeding to the University. He then did his National Service at the Ghana Education Service Council Secretariat, Accra in 1982. He was employed in the same Secretariat till he was called into full-time ministry in 1986.

Pastor Arthur Quaye married the then Miss (Deaconess) Annie Hagan a native of Winneba, who was then worshiping with the Korle Gonno Assembly, in 1985 but was called to glory at Achiase in 1988. In 1989, he remarried Miss Gifty Dickson who was worshipping with the Mamprobi Assembly. In all, he has six (6) biological children and four (4) grand-children.

Pastor Arthur Quaye accepted Jesus Christ as his Lord and Saviour at Apam Secondary School in 1973 when the Joyful Way Incorporated held a revival programme there. He then joined the Scripture Union. He was baptized in 1974 by Pastor J. M Buah (the late) after he had joined The Church of Pentecost.

He was ordained an Elder at Korle Gonno Assembly (then Accra West District) in 1986 by Apostle D. K Arnan (now called to glory) and was appointed the Presiding Elder in the same year. In that same year he was called into the full-time ministry and stationed at Akim Achiase with his family.

On Sunday, July 28, 2019, Pastor Edward Arthur Quaye and his wife, Mrs. Gifty Arthur Quaye, will retire from the full-time active ministry of The Church of Pentecost. To God be the glory!