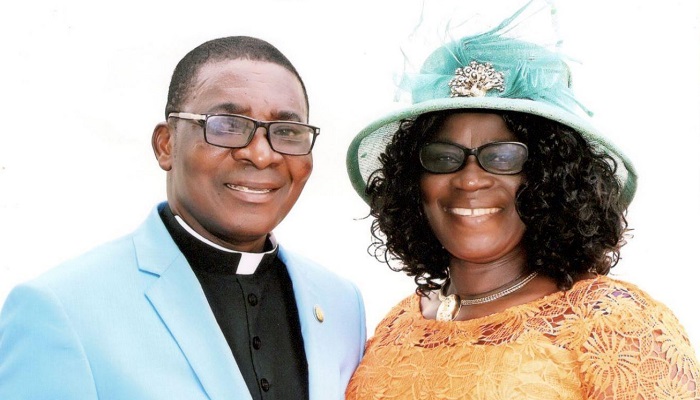 Pastor Emmanuel Kwabena Antwi was born on September 9, 1954 at Adeiso in the Eastern Region of Ghana. He was born to Mr. Hayford Kofi Arko Antwi of Akropong Akuapem and Madam Comfort Adwoa Boatemaa of blessed memory. Kwabena is the first of his siblings.

He started his primary education at Adu-Kofi Presby Primary School and completed at Adeiso Presbyterian Middle School in 1971. Kwabena was a bright student who completed elementary school in eight (8) years, instead of the normal ten (10) years. He sat for the Common Entrance Examination in 1968 while in Middle Form Two (2), but could not go to secondary school, due to financial constraints.

After completing elementary school that same year, he took up to farming at his village, had some money and got admission to Ferguson Memorial College at Achimota in Accra and completed in 1974.

He was also a footballer and played for his home teams, Young Farmers and Asukyerema United. He later joined Agona Fankobaa United. But he broke a leg while his team Asukyerema was playing against Aworoso United in 1974.

Pastor Emmanuel Kwabena Antwi first worked with the Public Works Department at Nsawam as Road Overseer. He later worked with Alitalia Pineapple Nursery (Suckers) Farms at Dobro (near Nsawam) as Field Supervisor. He later worked at Spintex Textiles Company (Factory) as Warping Machine Operator between 1990 and 1994.

Kwabena got converted at a District Rally of The Church of Pentecost that took place at Asukyerema in 1980. The following Sunday, he was baptized by immersion by the then District Minister of Adeiso, Pastor A. T. Acheampong (now retired). Kwabena joined the Asukyerema Assembly of the church, and later became their third Presiding Elder.

Whiles he was still in pains after breaking his leg in a match at Aworoso, he spotted a beautiful lady who had freshly come from Accra to visit her parents in the village. He then managed to know her as Faustina Ama Okraku. They got married in 1976 and have been blessed with six children.

Pastor Emmanuel Kwabena Antwi and his wife, Mrs. Faustina Antwi, will gracefully retire from the active ministerial service on Sunday, the 28th day of July, 2019 after 24 years in the full-time ministry. A glorious retirement service would be held in their honour at the Ashaiman Official Town Central Assembly church auditorium.