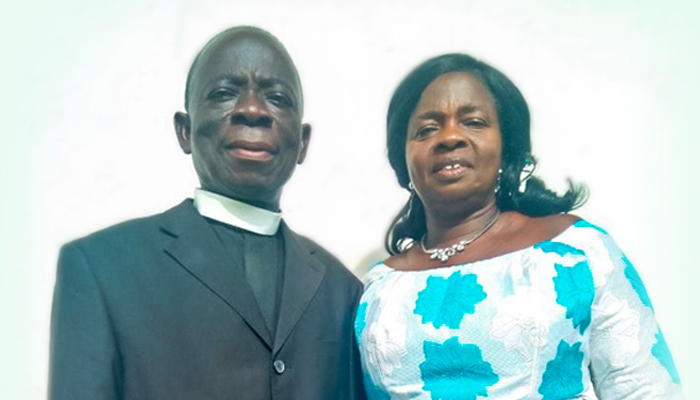 Samuel Wereko Acheampong was born on 19th December, 1954 at Asafo-Akim in the East Akim Municipal District in the Eastern Region of Ghana. His parents were Opanin Kwasi Acheampong and Madam Gladys Danquah, both of blessed memory. He is the fourth child of his parent’s six children.

He also studied at the then Institute of Professional Studies (IPS) for the I.C.A Intermediate (Level 2) in Accountancy from 1978 to 1981.

He briefly taught at the now-defunct Ghana Empire Secondary School at Darkuman in Accra from 1981 to 1983. Samuel got employed as Accounts Officer by the then Establishment Secretariat now Public Service Commission and posted to Asamankese District Administration Office. He worked at this station from 1984 to 1986. He left the Asamankese office and joined the Produce Buying Division of the Cocoa Marketing Board as an Audit Assistant in 1986. He was promoted in 1989 to the position of Audit Officer and transferred to Kumasi Office where he worked until he was called into the full-time ministry in 1998.

S.W. Acheampong accepted Jesus Christ as his Lord and personal Saviour as a student of IPS in June 1979 at Suhum. He was baptized by the Prophet Thomas Nyarko (now deceased).

While working with COCOBOD, in Kumasi, S. W. Acheampong was called into the full-time ministry of The Church of Pentecost on 10th January, 1998. After the initial training at the Pentecost Bible Training Centre, now Pentecost University College at Sowutuom, Accra, he was posted to Ehiamenkyene District, formerly, under Koforidua Area but now in Koforidua Effiduase Area.

He got married to Miss Patricia Owiredua (now Mrs. Patricia Acheampong) on 20th March, 1979 at a tender age of 25. The marriage was later blessed by Apostle J. K. Ampomah (Retired) at Kwadaso in March 1990. The marriage is blessed with two sons and three daughters.

On the 28th day of July 2019, Pastor Samuel Wereko Acheampong and his wife, Mrs. Patricia Acheampong,will be retiring from active service after 21 years in the full-time ministry. We give all the glory to the Lord God Almighty. A glorious retirement service would be held in their honour at the Dormaa Ahenkro Central Assembly church auditorium.