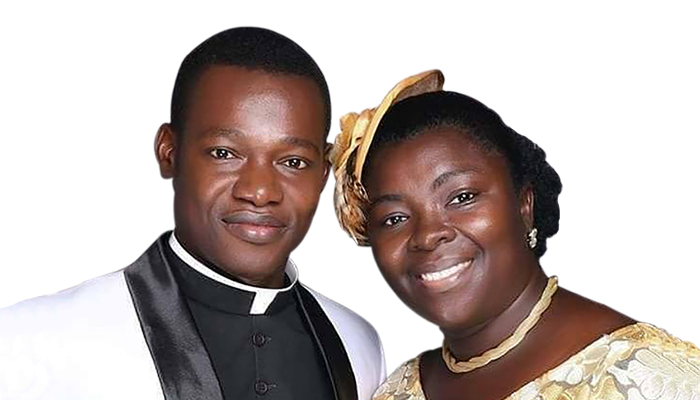 Pastor Ebenezer Hagan, the Pentecost Students and Associates (PENSA) Travelling Secretary for Greater Accra Sector, has been appointed as the Director of the Youth Ministry of The Church of Pentecost.

He replaces Apostle David Nyansah Hayfron, who has served for eight years as the director of the youth wing of the Church, which is the umbrella body of PENSA. His appointment takes effect from September 2019.

His appointment was contained in the Executive Decisions (White Paper) announced on Friday, May 10, by the General Secretary of the Church, Apostle Alexander Nana Yaw Kumi-Larbi, at the climax of the 16th Extraordinary Council Meetings which took place from 8th -10th May, 2019 at the Pentecost Convention Centre (PCC), Gomoa Fetteh.

Meanwhile, Apostle Samuel Osei Asante, Executive Council Member and Area Head for Koforidua, was appointed as the Patron of the Youth Ministry. With the exception of the Women’s Ministry, Patrons are appointed for ministries whose directors are neither Apostles nor Prophets. They chair the ministries and serve as an advisers to the directors and other officers of the ministries.

Per the Constitution of The Church of Pentecost, the Youth Director, who shall hold office for four (4) years and may be reviewed for further terms, among other things, prepare and carry out the ministry’s programmes and implement decisions of the General Council, the Executive Council and the Youth Ministry Executive Committee. He shall also be responsible for the administration of the ministry, and in consultation with the Patron plan programmes for evangelism in schools, colleges and the tertiary institutions and plan special programmes for the youth.

Pastor Ebenezer Hagan was born to Elder Emmanuel and Mrs. Grace Acquah Hagan on 21st May, 1981. He hails from Ekumfi Asaafa in Ghana’s Central Region.

He completed Aggrey Memorial Senior High School in Cape Coast and proceeded to the Kwame Nkrumah University of Science and Technology (KNUST) where he studied BSc. Civil Engineering and completed in 2006. He has certificates in theology, project management, and an MA in Pentecostal Studies. Ebenezer is currently a graduate research student (MTh) at the Trinity Theological Seminary, Legon, where he is currently folding up with his studies in Practical Theology (Christian Education). His researches in graduate studies have been in youth ministry among African Pentecostal and Charismatic churches.

Pastor Hagan is a member of the Association of Youth Ministry Educators (AYME) headquartered in the USA. He serves in the national coordination of the International Association for the Study of Youth Ministry (IASYM), and also serves as the Greater Accra regional youth coordinator for the Ghana Association of Pastoral Care and Counselling (GAPCC), in which associations he presents papers at conferences based on his research area and interest.

Before his call into the full-time ministry he worked with Wilhem Construction Ltd., and later with Associated Consultants (ACON), a Civil Engineering Consultancy firm in Accra.

Pastor Hagan was once the PENSA president for KNUST. He was called into the full-time ministry in 2008 and was stationed at Nyankpala in the northern region from where he served as Area Workers Secretary and Area Youth Leader for Tamale. He was called into the pastorate in 2013. Before his appointment as Youth Director of the Church, he served as the PENSA Travelling Secretary for the Greater Accra region.
He is married to Priscilla; they are blessed with three girls – Awuradwoa, Awurafua, and Baaba.