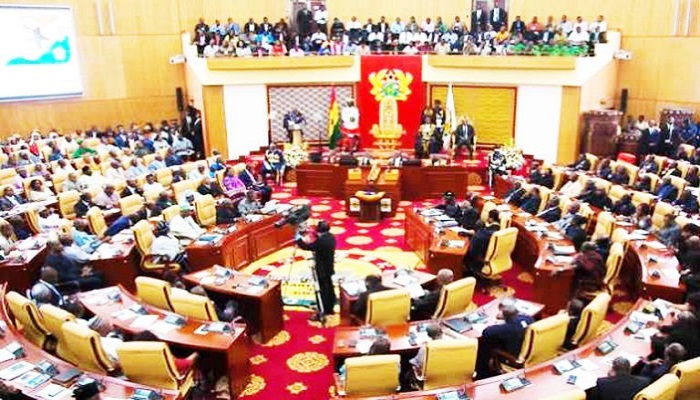 Parliament on Tuesday, March 5, this year, passed the Public Holiday Amendment Bill into law, but the Minority members in Parliament led by their leader, Mr. Haruna Iddrisu, walked out before it was read the third time and passed.

Similarly, last week Thursday, the Minority members in Parliament staged a walkout Bill because they said the amendment sought to rewrite the country’s history regarding the founding father status of Dr Kwame Nkrumah.

Their opposition is mainly against the government’s decision to change the status of Ghana’s First President, Dr Kwame Nkrumah, from a founder to be one of several other founders.

The Act which amended the Public Holidays Act, 2001 (Act 601) to provide for January 7, August 4, and September 21 as additional statutory holidays and for the celebration of May 25 and July 1 as commemorative days.

Before the walk out last Thursday, Mr Iddrisu and the Minority Ranking Member on the Foreign Affairs Committee, Mr Samuel Okudzeto Ablakwa, had hinted that any future National Democratic Congress (NDC) government would amend the constitution to reassert the founding father status of Dr Nkrumah.

Mr Iddrisu said “we (the Minority) will not be part of any move to rewrite the country’s history.”

He said the role played by Dr Nkrumah in the attainment of Ghana’s independence could not be disputed, although he admitted that other Ghanaians played their part in the independence struggle.

Mr Iddrisu, who is the National Democratic Congress (NDC) Member of Parliament (MP) for Tamale South, said every country had an icon and indicated that Dr Nkrumah was Ghana’s icon and must be recognised as such.

He said even the BBC had recognised Dr Nkrumah as the African of the Millennium while his statue had been mounted at the African Union (AU) Headquarters in Ethiopia.

Therefore, he said, any attempt to change the founder’s status of Dr Nkrumah to have a founders’ day celebration was an attempt to “deny him the due reverence.”

Mr Iddrisu said anytime there was a change in leadership in the country, that historical anomaly would be corrected and indicated that the frequent changes would not do any good to the country’s image.

He also faulted the government’s decision to celebrate January 7 as a holiday, and indicated that the President and MPs were sworn in on January 7.

He said some people might raise a constitutional matter as to why the President would take an oath on a holiday.

The NDC MP for Builsa North and Ranking Member on the Defence and Interior Committee, Mr James Agalga, and the NDC MP for Sagnarigu and Ranking on Communications Committee, Alhaji Bashir Fuseini Alhassan, argued that Dr Nkrumah’s contribution to Ghana’s independence and African struggle was monumental.

Therefore, they said any attempt to change the narrative of his contribution would not succeed.

But the Majority members led by their leader, Mr Osei Kyei-Mensah-Bonsu, argued that Dr Nkrumah could not be sole founding father of Ghana since there were other prominent Ghanaians who played key roles in the independence struggle.

They said even before Dr Nkrumah was invited by the United Gold Coast Convention (UGCC), there were some founding pillars of UGCC who had started the independence struggle.

The debate and subsequent walkout followed a motion for a second reading of and presentation of the report of the Committee on Defense and Interior on the Public Holiday (Amenmendment) Bill.

After the walkout, the Majority side stayed through to take the bill through a second reading. It will now go through the consideration stage before it is read a third time and passed.