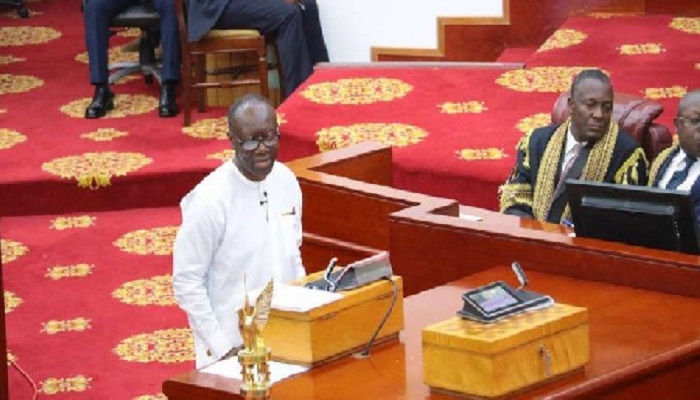 The final budget statement and financial policy of the Akufo-Addo administration will be delivered in Parliament today, Wednesday by the Minister of Finance, Ken Ofori-Atta, ahead of 2020 general elections.

Recent election years have been marked by overspending as the country exceeded its budget deficit targets.

For the last election year, in 2016, Ghana’s budget deficit target was 5.3 percent but the deficit eventually widened to 7.8 percent.

Four years prior, in 2012 the target was 6.7 percent but the deficit ended up essentially doubling, reaching 12.5 percent.

With this in mind, President Nana Akufo-Addo has already cautioned against lack of discipline in an election year as the hunger of the electorate for infrastructure is expected to increase.

Speaking ahead of the budget presentation, the President stressed that fiscal discipline would be key when he spoke at the Africa Investment Forum in South Africa.

“We think that it is extremely important that we maintain discipline in the way we manage our public finances and that has been our major objective and so far so good. We are realising it.”

He added that he was hopeful that his administration would resist “the temptation in an election year to turn on the tap” and that “the work we have done will take us through, without having to [overspend.].”

But the Economist Intelligence Unit (EIU) has already predicted that the government will struggle to lower its expenditure in the run-up to the 2020 general elections.

Despite government passing the Fiscal Responsibility Act in 2018 to limit future budget deficits to a maximum of 5 percent of GDP, the London-based business advisory firm expects the government to record a 5.5 percent budget deficit next year.

The last time the Finance Minister was in Parliament, he delivered a mid-year budget review that was focused on adding to state revenue to fund the outstanding programs for social and economic policies.

The 2019 mid-year budget review notably saw an upward adjustment of the Communication Services Tax from 6 to 9 percent while the energy sector levy also had components increased.

These tax measures were sparked by the government’s inability to yet again meet its expenditure due to a persistent drop in revenue.

Data from the Ministry of Finance indicates that the Ghana Revenue Authority’s shortfall led to an accumulated gap of about GHc 3.5 billion in revenue over the last three years.

The 2019 budget projected revenue of GHc58.9 billion and expenditure of GHc73.4 billion.

This left the government with a deficit of GHc14.5 billion which was about 4.2 percent of GDP.

In line with this, an economist and research fellow with the Institute for Fiscal Studies (IFS), Dr. Adu Owusu Sarkodie, highlighted revenue mobilisation as key ahead of this budget statement.

He urged the government to focus more on domestic revenue mobilisation.

“I will support any measure that is, first of all, to help mobilize domestic resource and also to manage it because it is one thing getting the revenue and it is another thing managing it. The leakages in the system that we have been talking about are due to the lack of this. So, this is what I want to see, the effort and the energy by the Ministry of Finance and the Central Government, in general, to focus on domestic resource mobilization.”

Though taxes have featured heavily under the Akufo-Addo administration, the Finance Committee of Parliament has said that it does not expect the introduction of new taxes in the yet-to-be-read budget.

The committee also asked the government to pay attention to the road and health sector in the 2020 budget.

The Finance Minister has already hinted that the 2020 budget will focus on tax reforms such as the introduction of fiscal point of sale devices in a bid to widen the tax net.

As 2019 rounds up, the government is projecting a growth rate of 7.1 percent, which is lower than the International Monetary Fund’s projection of 7.5 percent.

For the three major sectors of the economy, the industry sector comprising factories, manufacturing and extractive sectors, is expected to see the highest growth of 9.7 percent.

This is expected to be followed by the services sector with 7.4 percent; albeit the expectation of a drop in growth in the financial sub-sector.

Agriculture is projected to grow at 7.1 percent in the wake of the planting for food and jobs program and other initiatives.

Some of other targets for the 2019 fiscal year to consider ahead of the budget were: