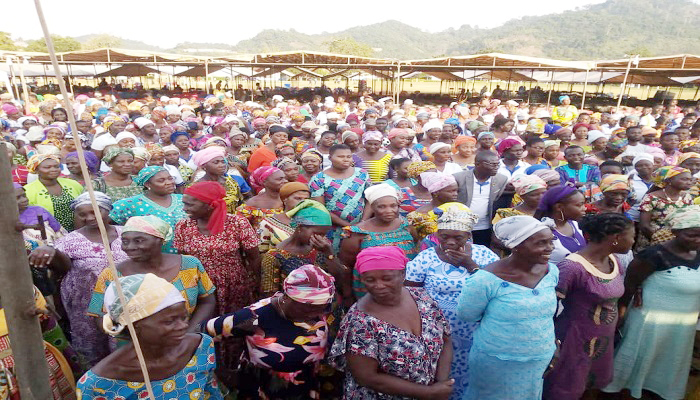 The Obuasi Area of The Church of Pentecost, under the leadership of Apostle William Boakye Agyarko, has ended this year’s prayer retreat dubbed ‘Direction 2020’ which was under the theme, “My presence will go with you and I will give you rest to possess the nations” (Exodus 33:14).

The residential prayer retreat which took place at the Obuasi Secondary Technical School from January 1 to 4, 2020, was attended by over 5,000 participants.

Apostle Agyarko, in his opening message, said that the annual event was meant to start the year right by seeking the direction of God. He continued by saying that God has plans for every season and if the church will seek the Lord early in the year, the Lord would reveal His plan and direction to them.

He told the patrons that God speaks and that He is more than willing to reveal His plans to the church, saying, “All it takes is for members to make time and patiently wait on God, spend time in His presence – praying and listening to His voice.”

Touching on the journey of the Israelites to the Promised Land, Apostle Boakye Agyarko said that God at a point in time said He would not go with them because they committed a great sin against God (Exodus 32: 4), they were stiff-necked people (Exodus 33:3b) and tested God several times.

He, however, said that when Moses interceded and intervened, God changed His mind. Apostle Boakye Agyarko, therefore, called on the church to activate strong intercession for the weak, the nation, the church, and missionaries.

According to him, the presence of God in the church brings glory, power, favour, makes the goodness of God available, makes God’s providence available, brings God’s protection, brings direction and guarantee safety, brings rest, and also a guarantee perfect rest in the next life.

During the closing session, Apostle William Boakye Agyarko outdoored the 2020 theme of the church, “A Glorious Church to Possess the Nations.” He tasked all to portray Christ-like character in their workplace, marriage, community and all areas in order to transform every sphere of the society with the Kingdom principles and values.