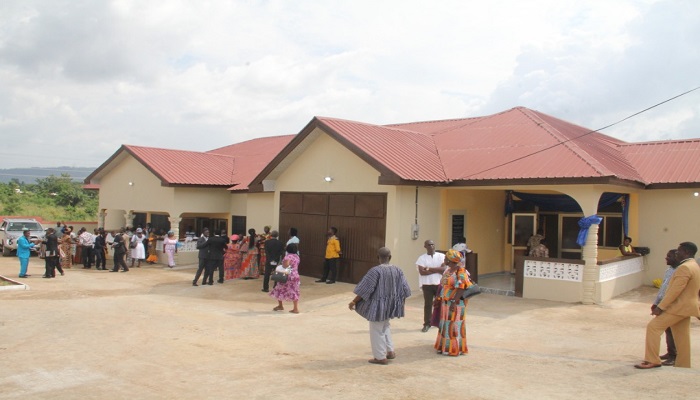 A new mission house for Nsukwao District in the Koforidua Effiduase Area of The Church of Pentecost has been dedicated by the Area Head, Apostle Daniel Yeboah Nsaful.

Dedicating the manse on December 7, 2019, Apostle Nsaful thanked the leadership of the church for releasing grants to support the construction of the building. He paid glowing tribute to officers and members of the district for the judicious use of funds and contributing in diverse ways to complete the project.

The mission house which was built at the total cost of GH¢274,338.00 took six years to complete. It received financial support from the Headquarters, Area, and individual members.

The district  which was inaugurated in August 2013 had been renting to accommodate its pastors.

In a sermon titled, “A House With A Mission,” Pastor Job Wiredu of Ati District admonished Christians to see mission house as a special place built for a purpose. Quoting 1 Samuel 9:6-10, Pastor Wiredu said that if the prophet Samuel had no place of abode it would have been difficult for Saul and his servant to locate him.

He stressed that a mission house does not only provide shelter for the pastor and his family but also serves as a place for interceding for the congregation.

Present to grace the occasion were the Gyasehene of Koforidua Asokore, Nana Prof. George Sefa Dei and the New Juabeng North Municipal Chief Executive, Ms. Comfort Asante, among others.