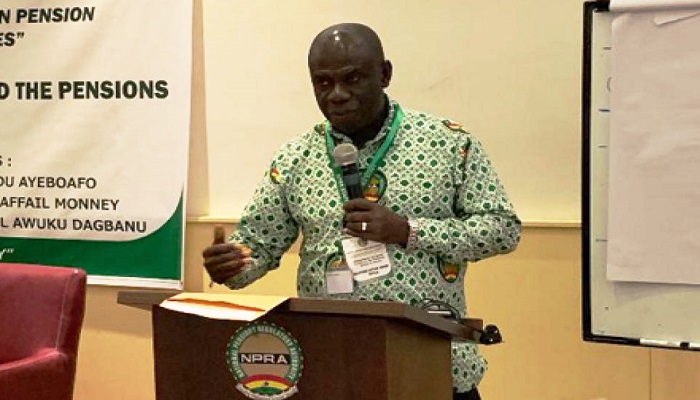 The National Pensions Regulatory Authority (NPRA) has given the assurance that the industry was ready for the first batch of Ghanaian workers who would be retiring at age 60 in 2020 to begin enjoying their benefits under the new Three-Tier Pension Scheme.

This is made up of Gh¢13.1 billion of Assets Under Management (AUM) for Private Pension Funds and Gh¢9.1 billion of funds under the 1st -Tier scheme.

The Chief Executive Officer (CEO) of the NPRA, Mr Hayford Attah Krufi, who made this known at a media sensitisation programme on pension matters in Accra Friday said under the amended National Pensions Act, 2008 (Act 766), the NPRA has been implementing the contributory Three-Tier Pension Scheme since January 2010.

Next year, the NPRA will be 10 years and at the same time, the first batch of Ghanaian workers would be retiring at the age of 60, and under the reforms, they are expected to start benefiting from the scheme.

Under the 3-Tier scheme, the first and second tiers are mandatory made up of the basic national social security scheme and occupational pension scheme respectively.

The third tier is voluntary made up of provident fund and provisional pension schemes.

From next year, Tier 1, which would be monthly pension will be paid by SSNIT. SSNIT will also pay past credit in a form of Lump sum to workers who were working prior to January 1, 2010.

The aim of the Three-Tier Pension Scheme is to provide for pension benefits that will ensure better retirement income security, for all workers especially those in the informal sector, and a better standard of living.

According to the NPRA, unlike 5years ago where the Act 766 was amended and thereby reducing the age of those who were to be affected under the Act from 55years and below in 2010 to 50 years and below in 2010 when it was about time for the first batch to start enjoying in 2015, this time around it has no such intentions to amend the Act and extend the period.

“We at the NPRA are very much aware of their [workers] expectation of receiving their benefits intact. I can assure such Ghanaian workers that they will receive their benefits without any difficulties.

“I wish to state categorically that neither the government nor the Board of NPRA has any intentions towards the amendment of the Act which enjoins such workers to enjoy their pensions from next year 2020,” Mr Krufi assured.

The effects of the 3-Tier Pension Scheme on Ghana’s economy include development of the capital market, availability of large pool of funds for development projects, creation of new jobs due to private sector involvement in management of pension schemes, cultivation of culture of saving through financial literacy programmes and wealth creation for contributors.

Mr Krufi said following the Authority getting prosecutorial powers to prosecute defaulting employers who fail to pay pension contributions of their employees, it has successfully trained some of its staff and the legal department has started processing persistent offenders for prosecution.

He said the NPRA was preparing to prosecute 13 defaulting employers and it was the NPRA’s ambition to continue to prosecute more who flout the laws to protect the interest of workers and secure their future.

The Chief Executive Officer said despite the huge efforts by the Authority to whip up the interest among the Ghanaian working populace especially those in the informal sector, to enrol on pension schemes, the figures are still not encouraging, by way of, understanding and participating in pension schemes.

“Pension issue in Ghana, today has therefore become more of a social and economic challenge than we knew. Statistics available indicate that 85 percent of the working population in the country are found in the private sector. Out of this figure, only one percent is on one form of pension scheme or the other.

“This not acceptable and it calls for an urgent and drastic action in order to bring the informal sector worker on board pension schemes,” Mr Krufi said.

In a presentation on the topic, “Effective means of researching and reporting on pension matters in Ghana,” the Chairman of the National Media Commission, Mr Yaw Boadu-Ayeboafoh urged journalists to go beyond figures that are presented to them.

For instance, he said how workers are going to benefit from the new pension scheme should be given attention such that if government is faced with another challenge of non-release of the funds, it will not once again reduce the age of affected persons just as it happened previously and the Act was amended.