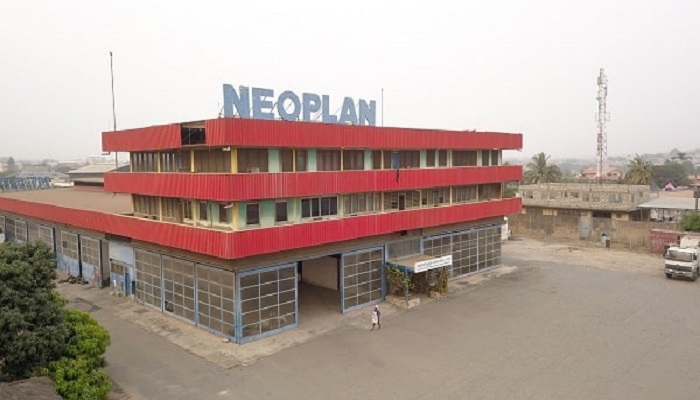 The Management of Neoplan Ghana Limited has halted the planned shutdown on Friday, January 31, 2020.

This follows a meeting with the Ministry of Trade and Industry on Tuesday to help resolve the challenges facing the company.

According to the Managing Director of Neoplan, Mr Georges Nassar, the Minister of Trade and Industry, Mr Alan Kyerematen, has asked management to hold on with its scheduled closure.

“We had a meeting with the Ministry of Trade and they are very concerned about what is happening and they wanted to find a way to fix issues. They are working to solve the issue and the Minister himself was concerned about the issue. So I strongly believe that they can assist us. They asked us to wait for a while to see what we can do to solve the issue. Yesterday’s [January 28, 2020] meeting was very fruitful. The Ministry is doing a perfect job in terms of how to handle this matter,” he said in a radio interview with Accra-based Citi FM.

Neoplan Ghana Limited, one of Ghana’s surviving coach manufacturing businesses in the 1970s, in a memo to all staff in Accra and Kumasi announced the closure of the company because it is no longer viable.

The company, which was established on December 12, 1974, cited the lack of contracts and recurring monthly losses as reasons for the shutdown.

The company said the last time it was given a government contract was in 2002, which ended in 2010 and saw the production of 450 DAF/VDL buses for the Metro Mass Transit Ltd.

Dated January 15, 2020, and titled “Closure of Neoplan (Ghana) Limited”, the memo signed by the Managing Director of the company, Mr Georges Nassar, a copy of which is in the custody of the Daily Graphic, states: “Management regretfully informs you that Neoplan (Ghana) Limited will be closing down its branches on 31st January 2020.”

“This is due to lack of contracts and recurring monthly losses incurred. As a result, all employment contracts with the company will be terminated as of the said date until further notice,” the memo added.