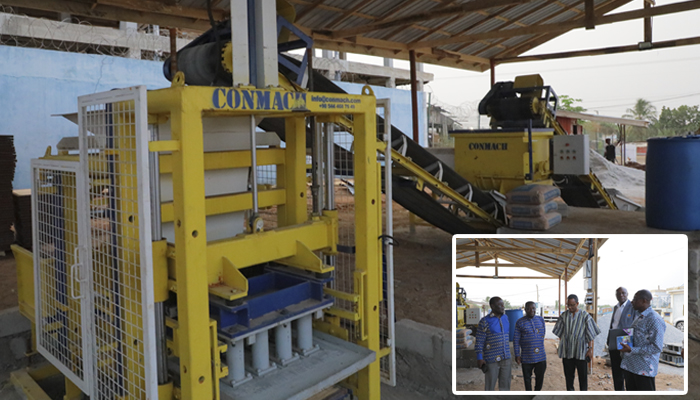 Renowned business mogul Nana K. Gyasi has bought a state-of-the-art block making machine to be managed by some members of the Pentecost Men’s Ministry (PEMEM) as part of his contribution to supporting the activities of the ministry.

Elder Nana K. Gyasi imported the machine worth Forty-Nine Thousand Dollars ($49,000.00) from Turkey, and cleared it at the Port at the cost of Twenty-five Thousand Cedis (GH¢25,000.00). He also provided a site at Kasoa for the installation of the machine.

The philanthropist has further directed that all proceeds from the project be given to PEMEM to support the ministry’s activities. To kick-start the project he also made available 1000 bags of cement as seed money.

Dedicating the factory dubbed Nana K. Gyasi-Bezalel Block Factory on February 21, 2019, the General Secretary of The Church of Pentecost, Apostle Alexander Nana Yaw Kumi-Larbi, applauded the gesture of Elder Nana K. Gyasi for his continuous support to the Church.

The General Secretary called on the staff of the company to manage it in a professional manner so that it will become a viable company.

The PEMEM Director, Apostle Emmanuel Ofei Ankra-Badu, said the donation of the block making machine was in line with the ministry’s relentless agenda of providing a holistic training to the men in the Church.