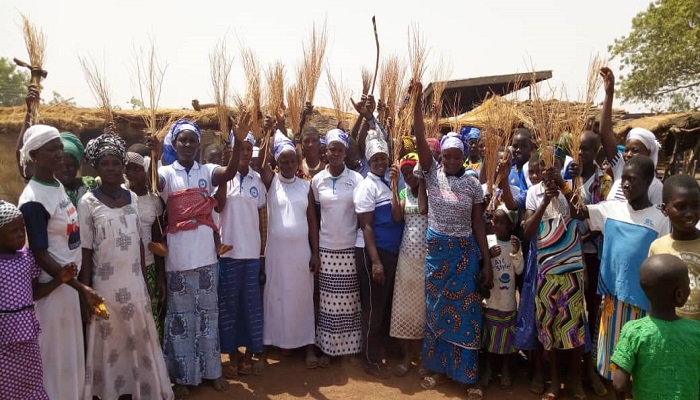 The Nabuli District in the Walewale Area of The Church of Pentecost on Sunday, March 10, 2019, launched its ‘Environmental Care Campaign’ at the Nabuli Community Market with a call on the residents to desist from the rampant bush burning and the indiscriminate felling of trees, especially the Shea and Rosewood trees which are common in the area.

Speaking at the launching, the District Minister, Probationary Overseer Daniel Kwasi Adu, stated that the campaign is part of the implementation process of the Vision 2023 of The Church of Pentecost. He explained that, as stewards of God’s creation, the Church will continue to support every effort and initiative that will help promote the development of the country.

“The Church is in the community and so we need to live and protect what God has given to us by keeping the environment clean and preserving nature for posterity,” he said.

Ahead of the launching, members of the Church and some residents of the Nabuli community swept the streets of Nabuli and the community market.

Members of the Church also enacted a play to educate the community on the effects of dirt on their health and well-being and ways they can prevent diseases that are caused by filth.

The Assembly Member for Nabuli, Mr. Jaye Wajak, on his part, expressed gratitude to the Church for her continuous influence and support to the residents in Nabuli and its environs.

He appealed to the Church to regularly organize the clean-up exercises as a way to bring the community together while working to protect the environment and the natural resources in the area.

Present at the launch were some unit committee members and other opinion leaders of the Nabuli community.