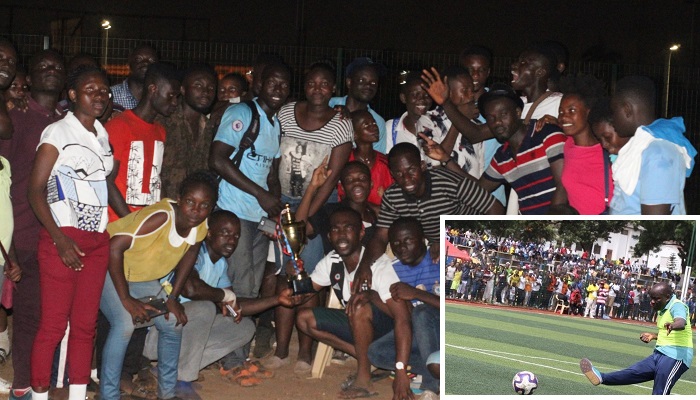 Mount Zion Worship Centre in the Kaneshie Area of The Church of Pentecost emerged as overall winners in the fifth edition of Kaneshie Area Youth Ministry Sports Fiesta, which was held on Monday, April 22, 2019, at the Asamoah Gyan Pitch (Accra Academy AstroTurf Park).

The fifth edition of the annual sports event was highly patronised by members in the area who turned up to either participate in the sporting activities or cheer their teams on to victory. The atmosphere at the Accra Academy AstroTurf Park was a charged one as various districts cheered their teams on with spirit-filled Pentecostal “Jama”.

All the 21 districts and the Kaneshie Area team exhibited a high sense of sportsmanship for the ultimate trophy. Some of the events of the day were Lime and Spoon, Tug of Peace, “Jama battle”, Volleyball, Sack Race, Eating Competition and Football.

The centre of attraction in this year’s event was the eating competition where the contestants were required to eat a bowl of “fufu”, soup and fish in 20 seconds.

Although the Area Team lost, they gave the PIWC-Kaneshie team a good run for their money. The cheers hit its peak when the Area Head, Apostle Mike Etrue, managed to get the ball in the net after several unsuccessful attempts.

Mount Zion Worship Centre showed good sportsmanship by winning eight (8) out of the eleven (11) games with the highest score of 24 points. Chantan District, winners of last year’s trophy, took the 4th place with 16.5 points whilst North Kaneshie District took the 2nd position with a total of 21 points. Shalom Worship Centre and Israel District took the 3rd place with 18 points each.