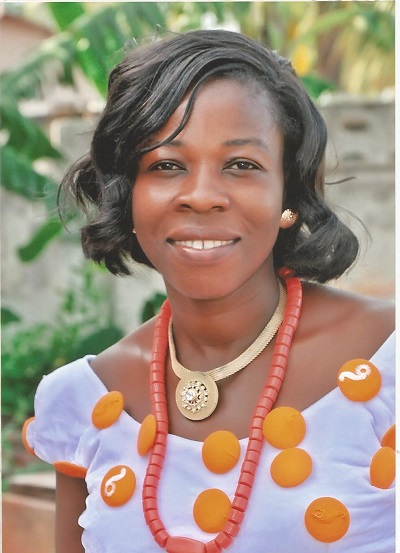 Mrs. Mary Okletey Narh, the late wife of Pastor Seth Okletey Narh, the District Minister of Ho Bankoe District of The Church of Pentecost, whose death occurred on Friday, 3rd January 2020 after a short illness at the age of 46 years, has been laid to rest.

Her burial and memorial service which took place on Saturday, 1st February 2020 at the SCC Yard in Ho was heavily attended by ministers of the church and their wives from across the country as well as friends and relations. The solemn service was officiated by Apostle Yaw Adjei-Kwarteng, Executive Council Member and Chairman of the Volta Regional Coordinating Committee of the church.

The uniqueness of her departure, as accounted by her husband, Pastor Seth Okletey Narh, was that “she was born on Friday and died on Friday, born on 1st February and buried on 1st February. What an irony of life?”

Survived by a husband and five children, Mrs. Mary Okletey Narh together with her husband served in the full-time ministry of The Church of Pentecost for about 19 years in the following stations: Kuntanase (2001-2007), Asesewa (2007-2010), Kasseh (2010-2015) and finally at Ho Bankoe.

Apostle Adjei-Kwarteng, on behalf of the Executive Council, extended the condolences of the leadership of the church to the bereaved family and encouraged them to remain steadfast in the Lord.

Speaking at the funeral service, Apostle Peter Kofi Dzemekey, Area Head of Aflao, spoke on the theme, “A Living Hope” with scripture reference from 1 Peter 1:3-7.

He said that there are dead hopes in the world as people give huge promises but usually fail to fulfill them. He explained that Apostle Peter wrote the letter to all the scattered Christians in Asian Minor whose hope was gone and lost because they had become strangers on a land with unbearable persecutions. He said that Peter assured them that despite the trials they were going through, there was a living hope which can only be found in Christ.

According to Apostle Dzemekey, Jesus has given believers a living promise and a living hope of a world in view. “In this very world, people have lost hope even in the systems that support our physical sustenance; banking systems, educational systems, lifesaving support systems, etc have all failed us. But Jesus promises remain assured, steadfast, affirmed, confirmed with triple assurance and a seal.

“Jesus assurance is not only for our wellbeing on earth but even when we die his promise for a better eternal home is assured,” he concluded.

In a tribute, the General Council of The Church of Pentecost described Mrs. Mary Okletey Narh as a virtuous woman who devoted her life to the service of the Lord.

“She committed herself to improve the economic conditions of the members, particularly the womenfolk. Today, many have found a source of livelihood due to the vocational skills she freely taught them during Women’s Ministry meetings,” the General Council said.