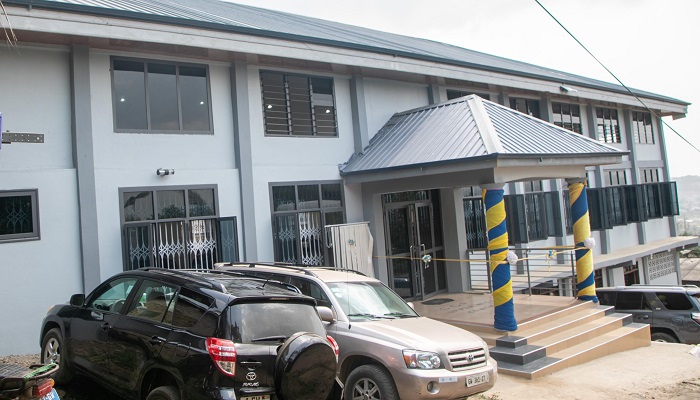 The newly-constructed church building of the Mount Zion Assembly in the Upper Weija District of The Church of Pentecost was dedicated on December 31, 2019.

The building, which was dedicated by Apostle Dr Dela Quampah (Resident Minister, PIWC-Odorkor), on behalf of the Odorkor Area Head, Apostle Patrick Aseyoro, was constructed at a total cost of GHS 444,852.00, out of which GHS. 200,000 was received as grants from the Head Office and Odorkor Area.

The Mount Zion Assembly church building project officially began after a sod-cutting was performed by the then Dansoman Area Head, Apostle S.K. Ofosu (of blessed memory) in 2006 during the tenure of Pastor Andrews Senafia as District Minister.

As construction works progressed, the foundation stone for the project was laid in 2010 by the then Dansoman Area Head, Prophet J. O. Amaniampong during the tenure of Pastor Isaac Annan as the minister-in-charge of the District.

Speaking at the event, Apostle Aseyoro reminded the members that their bodies are the temples of God and that just as church buildings are dedicated unto God, they ought to dedicate their bodies and lives to the service of the Lord.