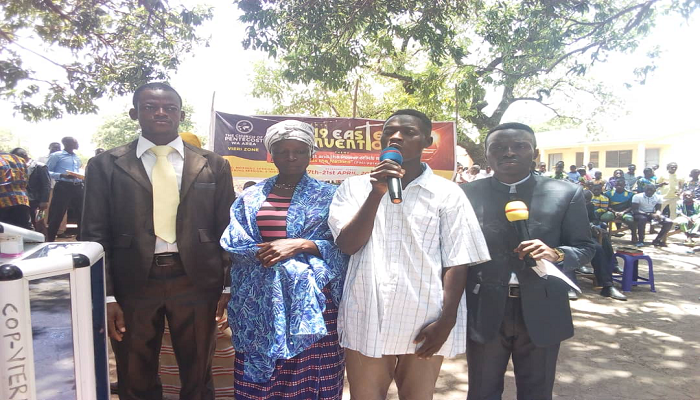 Peter Musa, a 23-year-old resident of Kpankole in the Wa East District, who had been mentally deranged for the past seven years, has had his sanity restored.

His miraculous healing took place on Friday, April 19, 2019 during the 2019 Easter Convention at Vieri in the Wa Area of The Church of Pentecost.

According to the Vieri District Minister, Overseer Stephen Kwabena Adade, the young man was brought to the convention in a sorry condition, but through the fervent prayers of the saints the Lord touched him and his sanity was miraculously and instantly restored.

According to Peter’s mother, who is a Muslim, his condition was so serious that, he went missing for a year and was later found in Wa.

Overseer Stephen Kwabena Adade said when the news of Musa’s healing broke out in the Vieri township, the market women and the town folks all rushed to the convention grounds to catch a glimpse of him.

To the glory of God, Musa is now doing well and going about his normal activities without any assistance, he added.

The convention was under the theme, “Knowing Christ and the Power of His Resurrection to Possess the Nations.”