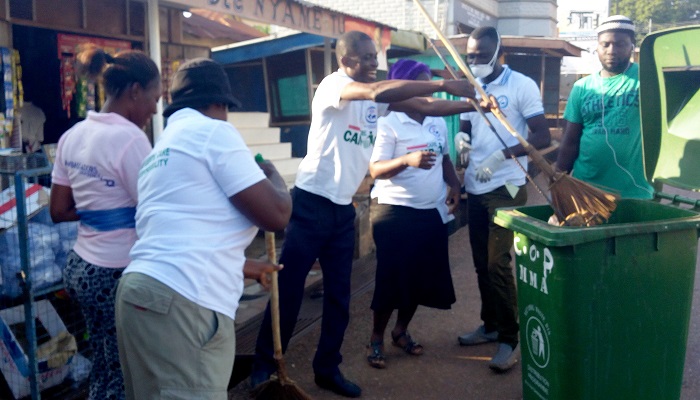 The Mampong Area of The Church of Pentecost has organized a clean-up exercise in line with the church’s Environmental Care Campaign.

The event, which was hugely patronized by both members of The Church of Pentecost and indigenes of the municipality, began in the early hours of the day, at the forecourt of the Mampong Traditional Palace.

Also addressing the gathering, Mr. Thomas Appiah-Kubi, showed his appreciation to all the participants for coming out in their numbers. He urged the residents to be environmentally friendly and ensure their neighbours do likewise.

The Mampong Area Head, who also doubles as the Chairman of the Local Council of Churches, Prophet Foster Kwasi Aniakwaa, also expressed great joy for the massive turnout by members of the Church and urged them to make cleanliness a daily lifestyle. As a result, he said that the Area would embark on a clean-up exercise in the municipality once in every month.

The clean-up team journeyed through the major streets of the town as well as the main taxi and lorry station.

A team from Zoomlion Company Limited provided dustbins for the collection of refuse, whilst personnel of the Fire Service provided the vehicle used in conveying water for cleaning the choked gutters.