Let’s Build On The Foundation Of Christ – Chairman Admonishes Ministers 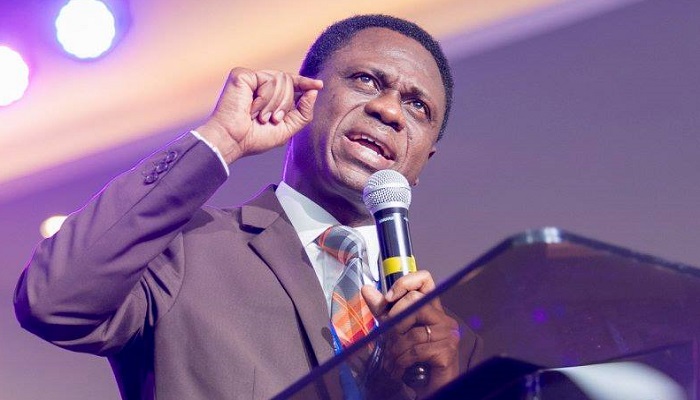 Let’s Build On The Foundation Of Christ – Chairman Admonishes Ministers

The Chairman of The Church of Pentecost, Apostle Eric Nyamekye, has called on ministers of the Church to build on the good foundation laid by Christ for His church.

According to him, Jesus’ ministry on earth laid a good foundation for a formidable church and the work of ministry.
He stated that building a strong formidable church requires people who are ready to sacrifice and willing to follow the leadings of the Holy Spirit and direction of the leadership.

“When Jesus said He would build His church, He meant the most powerful institution in the world”, he stated. He added that the impact of the work of the ministers should be able to affect the affairs of the world.

“The Church like any structure is built to meet its intended purpose,” he said and challenged that “the church must rise in power to take the nations. The Wall Street should not determine the direction of our world today,” he emphasised.

Speaking on the theme “The Life of the Church: The Holy Spirit in the Church’s Public Worship” at the Global Ministers’ Conference being held at the Pentecost Convention Centre (PCC), Gomoa Fetteh, on Friday, January 25, 2019, Apostle Nyamekye explained that to achieve the needed impact, the character of the people building on the foundation already laid by Christ could not be overlooked.

The Chairman explained that the core values of true character, vision, passion, purpose, and mindset should constitute the driving force of every individual who seeks to build the Church of God.

Touching on the materials to be used, Apostle Nyamekye further explained that aside the attribute of the individual, the materials used to build on the foundation are key in determining the survival of the work done.

According to him, the materials would determine the difference in the structure and whether it would withstand the test of time. He, therefore, stressed and challenged the participants to learn to study the Word of God and to travail in prayers in order to build a firmly grounded church.

The Chairman admonished them to take their prayer life seriously, study the word of God and help to impact the people they are shepherding. “God is willing to shape and use men who are available for His cause,” he added.

Reflecting on the words of the hymn, “On the Hills Far away”, Apostle Nyamekye urged the ministers to learn to cherish and build on the good foundations of Christ, saying: “Let us cherish and cling to the old rugged cross with its attendant shame.”

He indicated that the sufferings and persecutions in the course of their work should not worry them and neither should the discouragement from other ministers be a source of worry to their ministry, rather they should trust God in all their ministry to achieve a solid building that can withstand the test of time.

“The foundation of ministry is sacrifice. Forget what is behind and press on. Finish the race and task given you,” he stated.