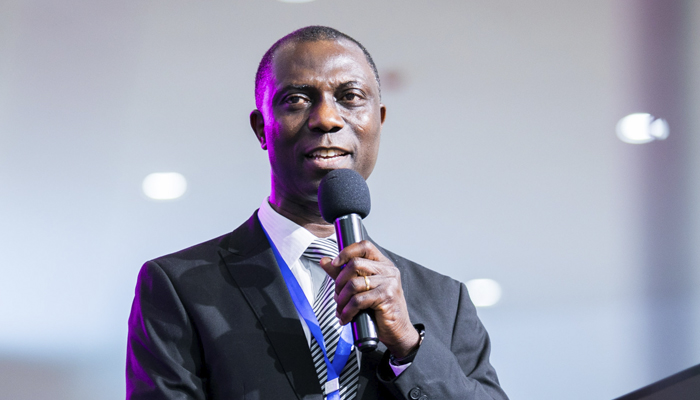 The Principal of the Birmingham Christian College (The Church of Pentecost’s Theological College for Europe), Apostle Dr. Lord Elorm Donkor, has called for a renewal to the approach and strategies in confronting the ills of the society by adopting military approach in executing the agenda of possessing the nations.

According to him, the Church is faced with the ills and battles of the world, but as an army of God, it is equipped with divine weaponry to dismantle and destroy the devil’s agenda and possess the nations.

Presenting a paper on “The Nature of the Church” during the 2019 Global Ministers’ Conference at the Pentecost Convention Centre (PCC) on Thursday, Apostle Dr Elorm Donkor explained that harmful religious and cultural practices, violent and seductive music and deceptive media, the desire for personal pleasure and moral relativism are some of the tools adopted by the devil which keep people in bondage and satanic oppression.

He said, it behooves the Church to apply security intelligence and strategic military strategies in the quest to confront these challenges.

He observed that the army is noted for analyzing past conflicts, while applying contemporary thinking and technology to predict future conflicts. He stated that, that excellence should guide the church to reflect and strategize and take the nations for Christ. “The success of every army is measured by its military effectiveness and that becomes the standard of measurement in whether the army can be described as a good one or not in the course of its operations,” he stressed.

The Principal of the Birmingham Christian College advised Christians to shun away from their parochial and individualistic tendencies which are not in line with the ethics and discipline of the army.

“We are missionaries sent to influence the world. We need to become agents of change in our work places and change the status quo. Let us understand the challenges confronting us and strategize on how we will be effective in going into the future.”

He called on the ministers to be military conscious and highly alert to undertake any operational exercise, once called for duty.