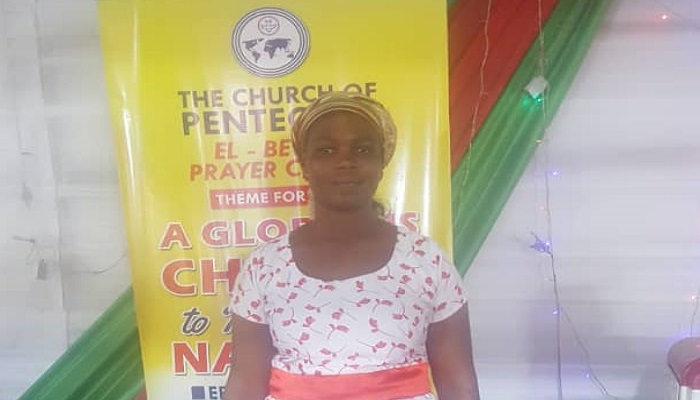 29-year-old Sophia Torsah Nyemebuio, who hails from Aflao in the Volta Region, has miraculously been healed of acute swollen legs and wounds which virtually rendered her bedridden.

According to Sophia, the strange ailment which attacked her two legs started in 2012 and eventually resulted in both legs developing heavy wounds.

Testifying about her supernatural healing at the 31st December Watch-Night Service held at the El-Bethel Prayer Centre of The Church of Pentecost in Ho, she said she had to endure the pain and shame of the disease for seven years.

Sophia said the wound was so severe that walking was impossible. This made her visit a lot of places including hospitals and churches for healing which proved futile.

She, however, had her healing when she visited the El-Bethel Prayer Centre in 2019.