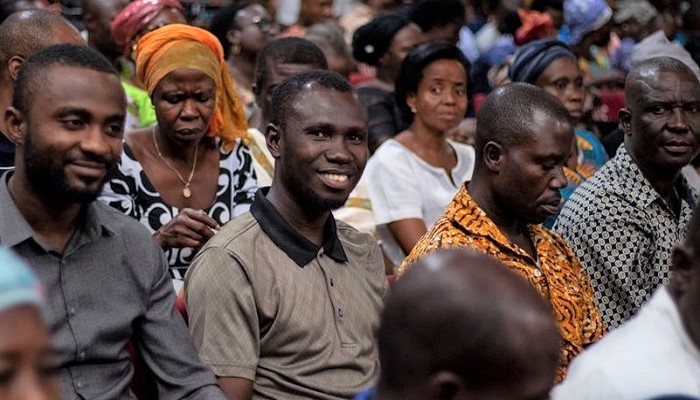 A four-day retreat (Apostolisation), under the theme “A Glorious Church to Possess Nations,” was organized for officers in the La Area of The Church of Pentecost.

Speaking on the topic: “The Goal of the Church” with Ephesians 5: 21; 25-26 as scripture references, the Area Head, Apostle John Osei Amaniampong, explained that, just like any institution, the church has a goal. Yet, most often than not, churches substitute the main goal with various forms of activities; and programmes which, to some extent, do not benefit the church, because the main purpose or goal for which God sends the church to the world is to reveal His vision and manifest His glory to the world.

He said that God called the church as a bride for the bridegroom which is Christ. The church is set aside as special people; God’s property; and handiwork, who He is moulding for good works, and for His glory to be revealed in His church. (Deuteronomy 7:9; Ephesians 2:10)

Apostle John Osei Amaniampong further indicated with scriptural reference to 2 Corinthians 3: 17- 18 that, the Holy Spirit has also been specially tasked to ensure that Christians or the church becomes beautiful and attractive to the world. This, he said, could only be realised when Christians open up themselves for the change that happens within to be reflected on the outside for the world to see.

He stated that the watching-world constantly judges Christians and holds them accountable for everything they do. “Therefore, if Christians can really possess the nations, then they should be like a bride with no spot or wrinkle,” he added.

Apostle Amaniampong further stated that the bridegroom has poured out gifts upon His church in the form of human resource (Apostles; Prophets; Evangelists, Pastors and Teachers) to help groom the church of God into maturity; and to also experience the fullness of Christ within His church.

The La Area Head noted that until leaders rise up to the task of equipping the members into maturity, sin would permeate into the church and the glory of God would be pushed out as was the case of Israel during the period of Eli and his two sons. (1 Samuel 3:1-2; 2:1-10)

Apostle John Osei Amaniampong concluded his sermon by admonishing Christians, especially Church leaders, to play their role well by equipping their members to live godly lifestyles to the glory of the Lord.

This year’s La Area Officers’ Retreat was held from Tuesday, 11th to Friday, 14th February 2020, at the Dome of PIWC-Kokomlemle.