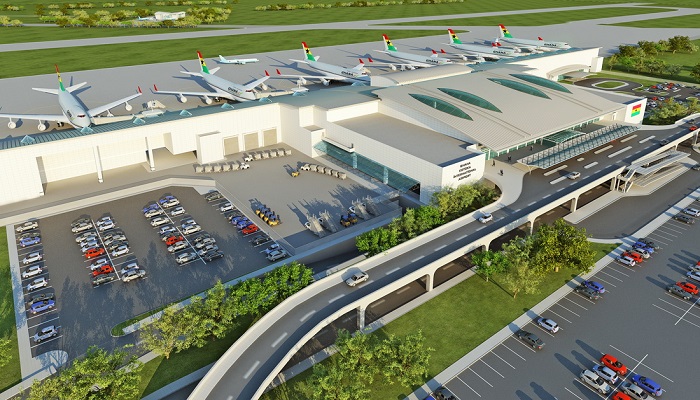 Ghana’s Kotoka International Airport has been adjudged the best airport in West Africa and the fourth best in the World by the Airport Council International (ACI) Africa.

The country moved from 6th last year to 4th in the West African ranking.

At the 28th ACI Conference in Accra yesterday, President Nana Addo Dankwa Akufo-Addo attributed the country’s success in the latest ranking to the government’s strong policy initiatives in the aviation industry.

He said the achievement was also due to the stakeholders’ commitment to adhere to high airport service quality and standards at the Kotoka International Airport.

The ACI annual conference was aimed at providing the aviation community on the continent with the opportunity to share and disseminate vital industry information to strengthen the air transport industry.

The conference, on the theme, ‘Smart airports of the future; are we ready?’ attracted more than 300 participants from across the continent to share ideas and exhibit products and services.

President Akufo-Addo said the industry, under his administration, had been growing steadily, largely due to the decision to establish a dedicated aviation ministry to make the industry competitive in Africa.

He said under his government, a number of projects in the industry had been completed across the country, with new passenger terminals being constructed at the Kumasi and Tamale airports.

The Sunyani Airport, he added, was undergoing rehabilitation.

According to the President, the stable political and socio-economic climate of the country has contributed significantly to the growth of the country’s aviation industry.

“We have liberalised the regulatory framework with which the industry used to operate. We have abolished the 17.5 per cent VAT on domestic air fares and this has resulted to almost a double of the domestic air passenger traffic,” he said.

On international transport, he said the passenger numbers, as at September this year, had increased by 6.7 per cent, compared to the same period last year.

“Currently 38 airlines are operating in Ghana and they connect directly to 30 different destinations around the world,” he said and noted that the aviation industry contributed US$2.7 billion and US$2.5 billion in 2017 and 2018 respectively.

President Akufo-Addo noted that the Aviation Ministry had initiated a plan known as an Aviation Driven Development that sought to make the aviation industry a key driver of the country’s socio-economic transformation.

“Our airport will continue to undergo systematic facelifts through infrastructure rehabilitation. We intend to open up the country with the construction of additional airports to serve as feeders to the Kotoka Airport,” he said.

The Minister of Aviation, Kofi Adda, in an address, pledged to work towards achieving the goal of making Ghana the aviation hub in Africa.