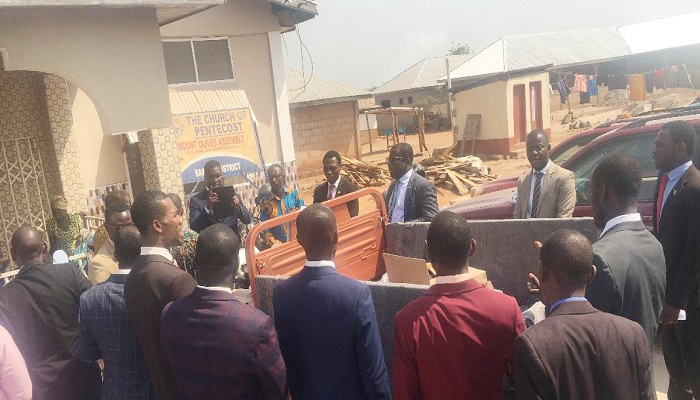 Ministers and their wives in the Kintampo Area of The Church of Pentecost have donated a tricycle, popularly known as Motor King, worth GH¢ 8,000.00 to the Bamboi District of the church.

The Area Head, Apostle Gideon Obeng-Darko Debrah, presented the keys and the documents of the motorbike to the Bamboi District Minister, Overseer Samuel Adae, during the Area End-of-Year Presbytery meeting held on February 7, 2020.

Apostle Debrah mentioned that the tricycle was purchased out of the contributions of the ministers and their wives towards the work of the ministry. He, therefore, advised the beneficiary district to keep it in good condition and use it for the intended purpose to enhance the Kingdom business in the district. “Avoid using it to run commercial purposes so it will last long,” he cautioned.

Receiving the tricycle on behalf of the district, Overseer Adae expressed his profound joy and appreciation to the ministers and their wives for the kind gesture. He admitted that the donation was timely since the district had desired to acquire one but could not do so due to financial constraints. He assured that the tricycle will be used for its intended purpose.