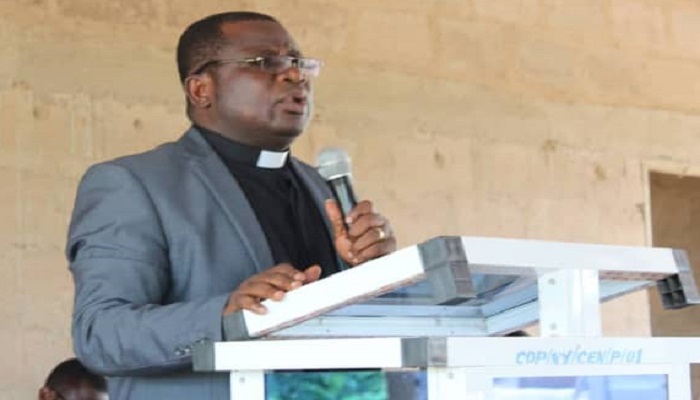 The Kintampo Area of The Church of Pentecost has launched the “One Member, One Discipled Soul” project to kick-start aggressive evangelism in the Area.

The launch which took place on Friday, October 11, 2019, was in line with the Vision 2023 agenda of the Church dubbed “Possessing the Nations.” It had in attendance the Area Evangelism Ministry Leader, Pastor Emmanuel Bosomah, Evangelism Coordinating Teams at the district and Area levels, the pastorate and their wives as well as some officers in the Area.

Speaking at the ceremony on the topic, “Jesus Christ, the Soul Winner,” the Kintampo Area Head, Apostle Gideon Obeng-Darko Debrah, called on Christians to arise and preach the gospel in season and out of season.

“Many souls are perishing every day because they have not accepted the Lord Jesus Christ, and this calls for the quick spreading of the good news in order to snatch many from hellfire,” he said.

Apostle Debrah indicated that Jesus’ primary mission on earth was to seek and to save the lost. He added that although Jesus’ earthly profession was carpentry, He did not let that stop Him from embarking on His ministry. “Jesus had a clear purpose for His life; He was seen moving from one community to another to preach the good news,” he explained.

“Christians are called out from the world to be set apart for God and sent back into the world to show forth the light of Christ,” he added.

He further expounded that, Jesus Christ was the first to embark on the “One-Member-One-Discipled-Soul” project by reaching out to people like the Samaritan woman and many others. He, therefore, called on all believers to cultivate Jesus’ soul-winning spirit.

Apostle Gideon Obeng-Darko Debrah posited that The Church of Pentecost is an evangelistic church which has soul winning at its core. “The purpose of building churches is not to amass wealth but to win souls and fill the churches,” he stressed.