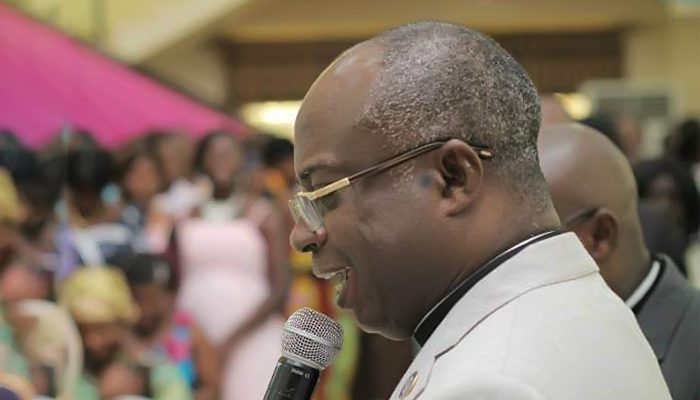 The Techiman Area Head of The Church of Pentecost, Apostle Julius Franklin Asante-Ayeh, has said that the death of Jesus Christ is God’s perfect plan to redeem the world from sin and the power of death.

“God had a plan to reconcile and restore man to fellowship. God accomplished this plan through His only begotten Son Jesus Christ. Jesus Christ is the gift of God to the world,” he stressed.

Apostle Asante-Ayeh was addressing members of the Wenchi zone of the Techiman Area of The Church of Pentecost during the Good Friday Easter service at Wenchi.

He said Jesus accomplished the divine plan of the Godhead by reconciling man to God with His death on the cross, according to Isaiah 53:3-6, Romans 3:19-25.

Reiterating the incidents that led to the fall of man, Apostle Asante-Ayeh stated: “When God created man, He placed man in the Garden of Eden. There were two trees in the middle of the garden namely, the Tree of Life and the Tree of Knowledge of Good and Evil (Genesis 2: 9).”

“Man sinned and through that singular act of disobedience, God cursed the Serpent, the woman and man as stated in Genesis 3: 1-19. Man fell short of God’s glory such that since the day God cursed man, man became depraved and lost his initial fellowship with God,” he lamented.

He announced that through another singular act of Christ, the whole world was redeemed of sin.

Enumerating some of the benefits the cross of Christ has brought to the world, Apostle Asante-Ayeh said mankind has been justified or declared righteous by God and it has also brought about redemption and deliverance.

“The cross also brought propitiation by uniting God through Christ’s appeased sacrifice and the vicarious death where Christ was made a substitute for mankind,” he added.

The Area Head further said the redemptive plan of Jesus Christ did not end at the cross, adding that He ascended to Heaven to prepare a place called Heaven which is the eternal home for all those who have and will allow themselves to be redeemed.

“God gave Jesus Christ, His only begotten Son, as gift to the world to save humanity from this corrupt and depraved world,” he said, adding that the plan of God is redemption of all men and this was manifested through the gift of God.