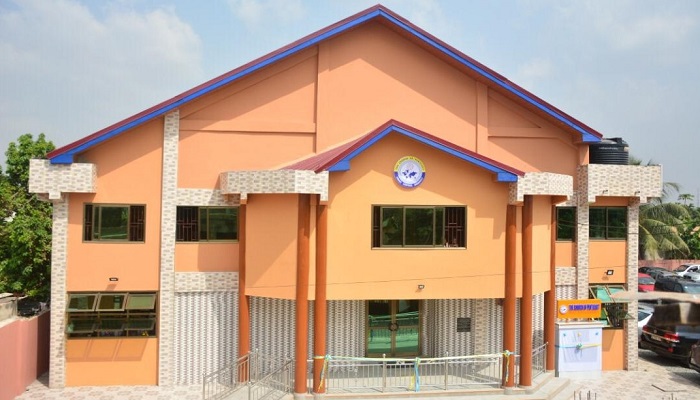 Over 300 members of the Israel District in the Kaneshie Area of The Church of Pentecost (COP) were present to witness the dedication of the Israel Central Assembly church building on Sunday, December 31, 2019.

The event was a historic one and a special day for the members who had been praying and looking forward to the successful completion of the building for a long time.

Giving a brief history of the Assembly, the Presiding Elder, Daniel Obeng Antwi stated that the church, which began in 1996 with 15 members, constructed a temporary church building in 1998 which was later demolished to make way for a permanent place of worship.

With significant support from the COP Head Office and the Kaneshie Area in addition to its Local Development Fund, offerings by members and donations from other benevolent individuals, the leadership of the assembly was able to complete the project.

Speaking on the topic: “A Glorious Church Poised to Possess the Nation” at the event, Apostle Noble Atsu (Rtd.) encouraged Christians to live for Christ because it is the surest way to see the glory of God.

Reading from Ephesians 3, he urged them to emulate the glorious Church of the early believers, which, according to him, was full of faith, prayer, and unity.

The Israel Central Assembly church building, which is valued at GH¢ 636,406.45, has auditoriums for adult members and the Children’s Ministry as well as offices, disabled ramp, car park, I.T room and other facilities.

Also present at the event was Hon. Moses Anim (Member of Parliament for Trobu)

Report by: Deacon Augustine A. Ampadu