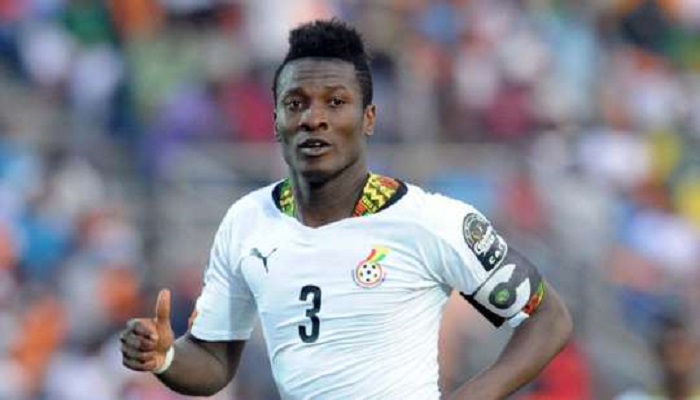 Asamoah Gyan captain of the senior national team, the Black Stars has announced his retirement from the team after 16 years of service to the nation.

A statement signed by Gyan and copied to the media said, “I wish to retire from the national team permanently, not pretending my presence would fuel the purported undermining the country has seen under my captaincy.

It added “upon consultation with my family and team, and as an active footballer and captain of the national team, if the decision of the coach is to give captaincy of the tournament to another player, while I am named in the team for the tournament, I wish recuse myself from the tournament.

“I cannot pretend to be happy, I would rather hurt myself emotionally and psychologically over the years I have served our great nation Ghana. I have been in the team since 2003 and some of my mates are members of the technical team now.

“I do no recollect any period where substantive captains were part of the team in a tournament and had to surrender their captaincy to others and served in a different capacity,” the statement added.

Gyan, also expressed appreciation to all coaches he had work under as well as the media for their support.