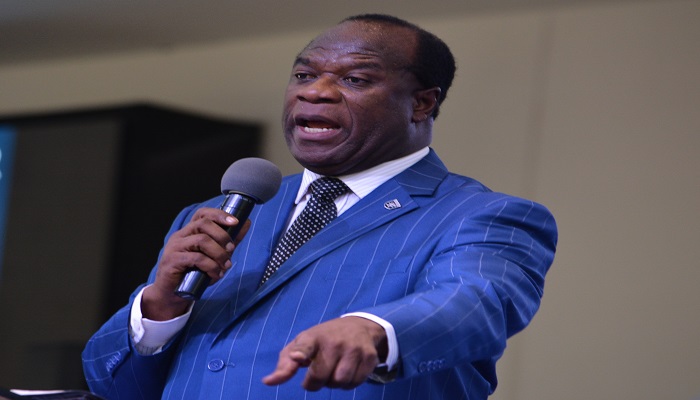 The Ghana Pentecostal and Charismatic Council (GPCC) has been hailed for attaining national prominence by becoming one of the most visible and authentic ecumenical bodies in Ghana.

Presenting a paper on the topic, “Ghana Pentecostal and Charismatic Council: Celebrating Fifty Years of Pentecostal Influence,” Apostle Dr Koduah, who is also the Teshie-Nungua Area Head of The Church of Pentecost, posited that the Council has fulfilled its core mandate of serving the needs of member churches, promoting cooperation and unity amongst member churches, ensuring greater stability within member churches, promoting moral purity and transformed lives, serving as a prophetic voice to the nation, and providing social and advocacy services, among others.

He indicated that Pentecostals and Charismatics, per the 2010 Population and Housing Census, constituted about 28 per cent of the entire Christian population in Ghana.

The well-researched paper which received high commendation by the President of the Council, Rev. Prof. Paul Frimpong-Manso, and the immediate past President, Apostle Prof. Opoku Onyinah, who chaired the function, analysed the state of Pentecostalism in Ghana prior to the establishment of the GPCC, the composition, organisational structure and administration of the GPCC, and the growth as well as its doctrinal beliefs and leadership.

It further assessed the funding of the Council and the impact the Council has had on its member churches, Christianity in Ghana and national development while discussing the challenges confronting it in its quest to achieving its mandate.

Tracing the historical antecedent of the GPCC, Apostle Dr Alfred Koduah disclosed that the idea of establishing the Council was conceived by Rev. J. K. Gyanfosu of the Assemblies of God Church in 1969, who was then working with the Bible Society of Ghana. Rev. Gyanfosu discussed his vision with Apostle Daniel Kwame Saforo of the Christ Apostolic Church [who is still alive and was present at the lecture], who in turn discussed the proposal with Apostle Joseph Egyir Paintsil, the then General Secretary of The Church of Pentecost.

The leadership of the four founding churches, the Assemblies of God, the Christ Apostolic Church International, the Apostolic Church and The Church of Pentecost wholeheartedly embraced the proposal and gave their blessings to the formation of the ecumenical body which was named the Ghana Evangelical Fellowship (GEF).

Assessing the impact of the GPCC, Apostle Dr Koduah maintained that “the Council’s impact can be felt in both the spiritual and secular lives of the people. It is also evident in the ministries of its member churches, Christianity in Ghana as well as national development.”

Touching on the challenges facing the Council, he identified poor participation of local programmes, dormant member churches, defections in some member churches, agitation for the removal of the ‘entrenched clause’ in the Constitution, strange teachings and manipulative prophecies, funding, among others.

Present at the event were the First and Second Vice Presidents of the GPCC, Rev. Sam Korankye Ankrah and Apostle Eric Nyamekye, respectively and other members of the National Executive Committee.