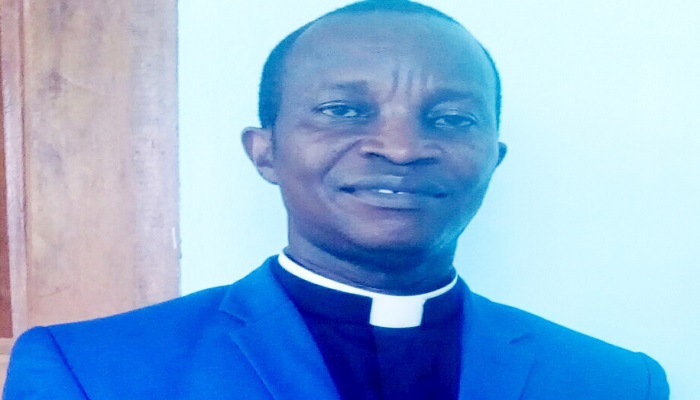 The Kwadaso Area Head of The Church of Pentecost, Apostle John Budu Kobina Tawiah, has stated that God sometimes allows believers to go through some challenges so that His glory will be revealed.

Speaking at the climax of the 2019 Christmas convention in the Kwadaso District on the topic, “With God Nothing Is Impossible” with scripture reference from Luke 1:26-28, Apostle Tawiah stated that God knows all things – from the past to the future and for that matter, He knows all the problems of His children.

“God allows us to go through some challenges so that His Glory will be revealed, just as it was in the case of the blind boy in John 9:1-3,” he said.

He noted that the grace of God is sufficient for believers and that should propel them to overcome every obstacle in life.

Using Apostle Paul as an example in 2 Corinthians 12:9, the Kwadaso Area Head mentioned that Apostle Paul had what he called ‘a thorn in his flesh’ which he [Paul] prayed that God would remove it but the Lord assured him that His grace was sufficient for him and that His strength was made perfect in his weakness.

He said that God sometimes allows Christians to go through problems so that they will pray and draw closer to Him. He indicated that God is ever ready to reveal His glory to believers whenever they call upon Him. He, therefore, admonished believers to approach God with confidence and that He is able to do everything for them (Jeremiah 32:27).

Referring to the visit of Angel Gabriel to Elizabeth and Mary, Apostle Tawiah cited two impossibilities that were made possible, thus a very old and barren woman becoming pregnant and a virgin who did not know a man becoming pregnant. He, therefore, encouraged Christians to trust God no matter their challenges.

Apostle Tawiah noted that Jesus’ power and faithfulness do not change and nothing hinders Him from performing miracles in the lives of believers. He explained that since Jesus Christ is not limited by time, season or distance, it is possible for Him to solve all their challenges, saying, “Sometimes Jesus decides not to change the situation but He grants us the grace to go through it. Our problem is that we sometimes go ahead of God and when we fail we then tend to ask Him questions.”

Citing the story of Joseph and his brothers, he said whatever the Lord has said about His children will surely come to pass, and that no man can change God’s plan for their lives. He said Joseph’s brothers thought that by selling him into slavery, they will succeed in killing his dreams and the plan of God for him, but God used that to fulfil His plan for him to the extent that even prison became a place of promotion.

He stressed the need for Christians to keep their life and character pure before God, just as Joseph did whilst in Potiphar’s house, and that would become their trump card in difficult times.

“When men forget about us, God will remember us. God knows what we need and He will supply them to us when we seek Him. When we allow Him, there will be a celebration in our lives,” he concluded.