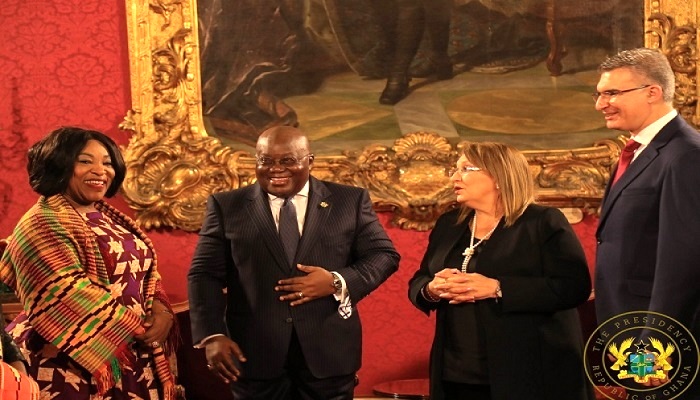 The agreements are in the areas of Medicine, Bilateral Air Services, Avoidance of Double Taxation and the Prevention of Fiscal Evasion with respect to Income Taxes on Income, Tourism and Joint Commission for Bilateral Co-operation.

They were signed by the Foreign Ministers of both countries and witnessed by President Nana Addo Dankwa Akufo-Addo and his Maltese counterpart Madam Marie Louise Coleira Preca at the Grand Master’s Palace in Valletta, the capital of Malta.

President Akufo-Addo was on a day’s state visit to the central Mediterranean island nation and addressing a joint news conference after the signing ceremony, expressed optimism that the agreements would serve as a strong launch-pad for more dynamic and vibrant engagements in key sectors of economies of the two nations.

He said he was thrilled that Ghana and Malta recognized the strategic importance of increased cooperation between them, as they stood to benefit from the markets in sub-Saharan Africa and Europe.

He underlined his determination to ensure that the high-level engagements between them translated into mutual tangible social and economic benefits for the peoples of the two nations.

“We will find the ways and means to open up our countries to investments.”

With the Continental Free Trade Agreement on the verge of execution, he said Ghana could be an important gateway for Malta’s relations with that market, “So we are determined to do whatever it takes to be able to make the relationship we are developing at a high political level translate itself also to economic and social cultural benefits for our two nations.”

On her part, the Maltese President, said she was confident that the ties between her country and Ghana was on the right trajectory with the signing of the agreements.

There was much more both nations could do to boost relations that had warmed in recent times.

She was happy that the high-level interactions between Ghana and Malta had yielded the positive results and asked that the engagement was sustained.

President Akufo-Addo had earlier inspected a guard of honour mounted by a detachment of the Maltese Army, and later laid a wreath at the War Memorial Centre at Valletta.