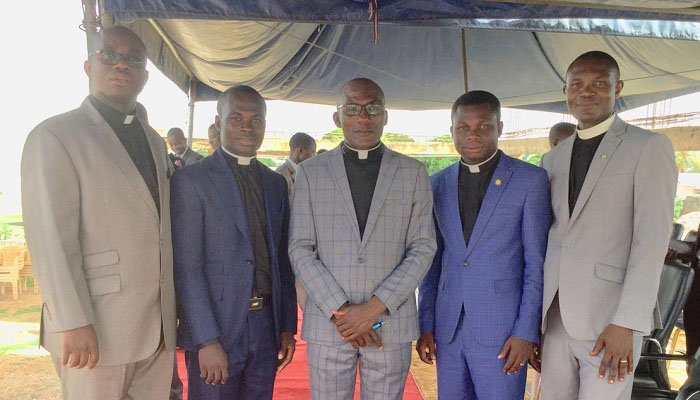 Four Overseers in the Wa Area of The Church of Pentecost have been called into the Pastorate.

The four ministers were called into the Pastorate during the 16th Extraordinary Council Meeting held recently at the Pentecost Convention Centre, Gomoa Fetteh.

The Wa Area Head, Apostle Robert Kwabena Andoh, who officiated the ordination service stressed the need for ministers of the church to hold on jealously to the ministerial declarations they have assented to in order to possess the nations.

Meanwhile, five Probationary Overseers in the Area have been upgraded into full Overseership.