First Fulbe Assembly Of The Church Of Pentecost Opened In Ghana 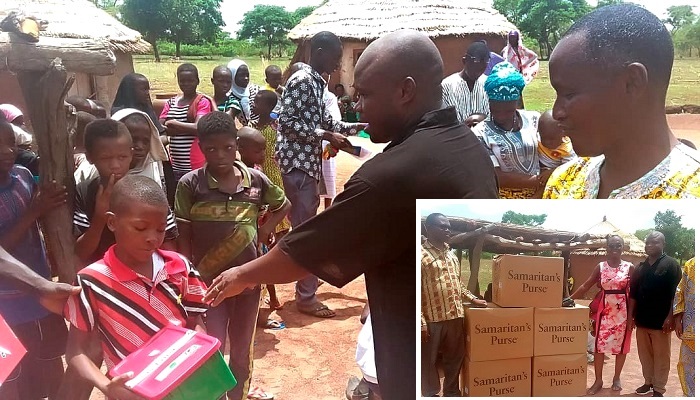 First Fulbe Assembly Of The Church Of Pentecost Opened In Ghana

The first indigenous Fulbe (Fulani) Assembly of The Church of Pentecost has been inaugurated to the glory of God.

The Fulbe local church, known as the Gbon Assembly, was opened by the Gbingbani District in fulfilment of the “Possessing the Nations” agenda of the Church (Vision 2023).

Home to a population of about 200 inhabitants, the Gbon Fulbe community is strategically located between Bunkpurugu, Bunbuna Nakrok and Gbankpurugu. The Chief of the community, Jowro Suleyman, and the Youth Leader of the community, Belko Suleyman, demonstrated their approval of the initiative by The Church of Pentecost to plant an Assembly in the community by willingly offering 4 plots of land for the construction of a permanent place of worship for Christian converts in the community.

The effort to plant a church in the Fulani community was first given a major boost on Wednesday, March 13, 2019, when Nuhu Ibrahim aged 36 and his family of eight gave their lives to Christ.

The opening of the Fulani Assembly was given a further boost when a team of six from the Children’s Directorate of The Church of Pentecost led by the Children’s Director partnered the Gbingbani District for an evangelistic outreach among Fulbe children from May 18 to 19, 2019.
At the end of the successful outreach which included the distribution of Samaritan Purse gift boxes, and film evangelism, a total of 108 souls were won comprising of 93 children and 15 adults.

Apostle Fred Tiakor commended the Gbingbani District and Walewale Area for the laudable initiative and pledged his outfit’s willingness to support the education of the Fulbe children in the community.