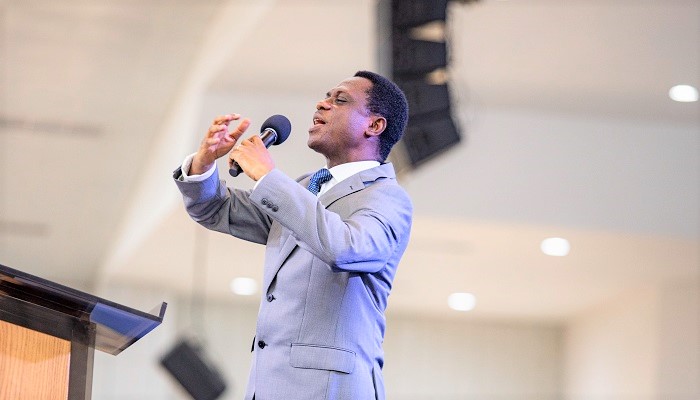 The Chairman of The Church of Pentecost, Apostle Eric Nyamekye has appealed to ministers and wives to fully embrace the 5-year strategic vision of the church (Vision 2023) in order to make it a reality.

According to him, when church leaders accept the Vision as their own, they will be able to conform to the requirements of the Vision.

“Read, understand and accept the Vision as if it were your own, let it reside in you, then you can fully embrace the new rules, roles and rituals contained in the new Vision,” he said.

The Chairman said this on Sunday, January 26, 2020 when he threw more light on Vision 2023 on the final day of the 7th Ministers and Wives’ Conference.

In his presentation, Apostle Nyamekye stated that every institution has a system which is formed due to a group of people’s regular contact with each other.

He explained that, as a result of its patterned relationships, systems are a collective unit by nature, function as a whole, and behave as one entity.

The Chairman said that, although it takes time to embrace change, the loyalty and commitment of the ministers to the church should cause them to shift from the status quo and adapt to the change process.

In order to respond positively to the change process, the Chairman advised the church leaders to accept the Vision as their own and internalize it, saying that, “For the church to embrace the Vision, ministers must paint a mental picture of the intended result and tell it members over and over again until it becomes a legend.”

He also advised the ministers not to only speak about it, but also model it so that they would become living examples for the members who would intend emulate them.

“Lessons that are taught by setting an example is easily understood and lasts longer than what is just spoken,” he stressed.

Vision 2023 is the 5-year strategic vision of The Church of Pentecost aimed at possessing the nations by influencing every worldview, thought and behavior with Kingdom values and principles of the Kingdom of God, thereby turning to Christ.