EDITORIAL: Go For The Glory! 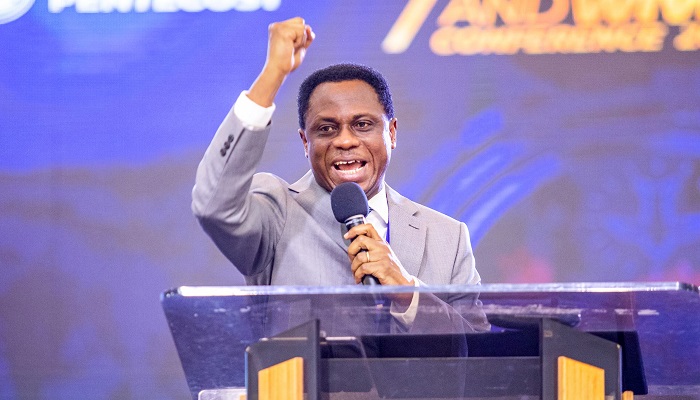 EDITORIAL: Go For The Glory!

The Hebrew term, which is commonly used in the Old Testament to denote glory is the word, “Kabowd”. It literally means weight or heaviness, but it is used figuratively in the sense of splendour, abundance, honour or glory. In the Old Testament, it is used variously to describe an individual’s wealth, power or majesty, or great honour (Genesis 31:1; 45:13). We can deduce that the glory of God is the expression of all the attributes of God.

On the other hand, the Greek reference to glory is the term “Doxa”. The term connotes the notion of reputation, honour, fame, praise, dignity, splendour and brilliance. Thus, Doxa speaks of the real majesty, reputation or opinion belonging to God. And it is a sobering truth that God’s reputation in the world, or the world’s view of God, will depend, to a large extent, on how far His glory is seen in the Church. For the sake of His great name and the image of the Church, there should be evidence of the reality of the living God in the Church.

The church is established to show forth the glory of the God who dwells in us. We should, therefore, do well not to engage in acts that grieve the Spirit of God in us. (Ephesians 2:18-22) This is because the Holy Spirit is very sensitive; “reverently hypersensitive,” hence, although the Spirit never leaves us (John 14:6), the anointing diminishes. That is, the sense of His presence could be gone, and it would seem as though He has left us.

The glory of God is an inheritance of the Church, and for that matter, every child of God. God’s glory is not just a theoretical concept to be learned. It is a heavenly reality that can continuously be experienced in the Church.
The fact that God dwells in His creation and is indivisibly present everywhere is a generally accepted truth of the Christian faith. No point in creation is nearer to or further from God than any other (Acts 17:26-28).

So, let us all make conscious effort as individuals and as a church to go for the glory of God by purifying ourselves from everything that contaminates body and spirit, perfecting holiness out of reverence for God and by devoting ourselves to the ministry of prayer and the study of the Word.