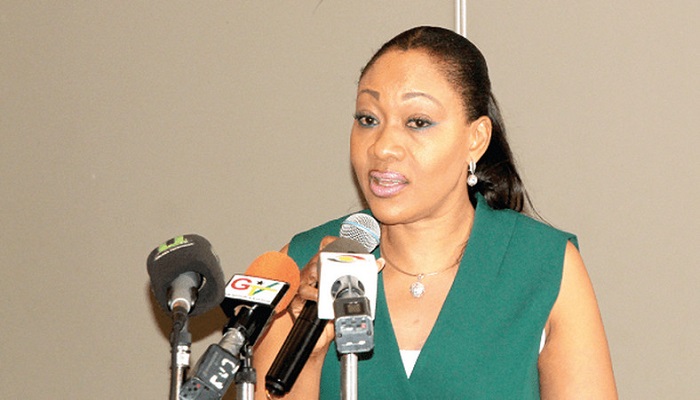 The legislative process towards a fresh voters’ register commenced on Monday night as the Electoral Commission (EC) asked Parliament to amend the relevant Constitutional Instrument (C.I.) 91 to reflect the changes in the proof of citizenship.

The first stage of the process was surmounted when the election management body asked Parliament to amend the germane C.I. to enable the national identification card and passport to be used as the only evidence of identification for a person who applies for registration as a voter.

The Majority Leader and Minister for Parliamentary Affairs, Osei Kyei-Mensah-Bonsu, laid the document before the House on behalf of the EC thus triggering the next stage of the legislative process.

Second Deputy Speaker Alban Kingsford Sumani Bagbin, who was in the chair, referred the document to the Subsidiary Legislation Committee of Parliament for consideration.

The amendment, when approved, would also allow two registered voters to guarantee for any person without a national identification card or passport, and would become the substitution for sub-regulation (4) of 4 of the C.I. 91

Under the sub-regulation (4) of the C.I. 91, a person who applies for registration as a voter shall provide as evidence of identification a passport, a driver’s licence, a national identification card or an existing voter identification card. This would cease to be the standard when Parliament assents to the request.

The amendment would exclude a driver’s licence and an existing voter identification card from documents to be presented as evidence of identification as a Ghanaian citizen.

It, nevertheless, allows a registered voter to guarantee the identity of not more than 10 persons as against an individual acting as a guarantor for a maximum of five applicants who cannot provide any evidence of identification for registration in the existing provision.

It is not clear whether the EC proffered any reason for the increase to 10, the number of applicants an individual can guarantee for.

The C.I. at its current state provides for the grounds for qualifications for registration of every citizen of Ghana of 18 years and above and of sound mind the right to vote and be registered as a voter for the purposes of public elections and referenda.

Parliament, per its rules, cannot amend a C.I. brought before it, and that the C.I. will automatically become law after 21 sitting days unless it is withdrawn before the maturity date.

Meanwhile, the Minority in Parliament is beaming with rage over the EC’s proposition to amend the C.I. 91 for only the national identification card and passport to become the acceptable identifications for the new voters’ registration exercise to be conducted in April this year.

The National Democratic Congress (NDC) Member of Parliament (MP) for South Dayi, Rockson-Nelson E. K. Dafeamekpor, said the Minority would use its leadership on the Subsidiary Legislation Committee to ‘block’ the amendment.

Speaking on Okay FM, an Accra-based radio station, the MP argued that the amendment infringes on Article 42 of the 1992 Constitution, which says, “Every citizen of Ghana of 18 years of age or above and of sound mind has the right to vote and is entitled to be registered as a voter for the purposes of public elections and referenda.”

For the national ID card, the NDC MP noted that the National Identification Authority (NIA) are still in the process of registering Ghanaians in some parts of the country, and mentioned the Eastern Region in particular.

He revealed that many of his constituents also remained unregistered for the Ghana Card after the exercise in the South Dayi Constituency, and that making it and passport the only evidence of identification could bring chaos during registration.