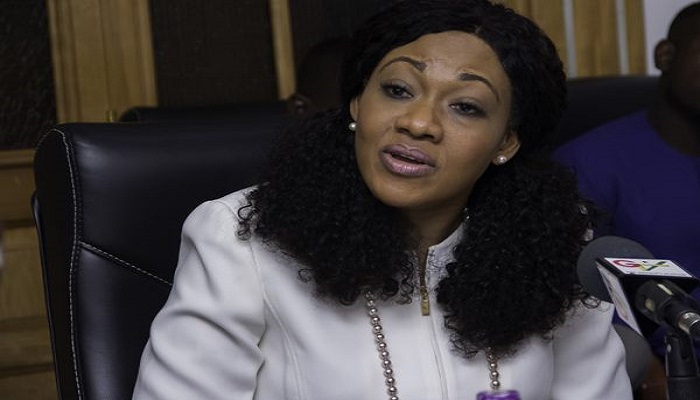 The Electoral Commission (EC) Eminent Advisory Committee is meeting with the agitating political parties who are against the compilation of a new voters’ register today [Thursday, January 30].

The meeting with members of the Commission and representatives of political parties under Inter-Party Advisory Committee (IPAC) is over the contentious plan to compile a new voters’ register.

According to a statement by the EC’s acting Director of Public Affairs, Sylvia Annoh, the planned meeting seeks “to engage with the Inter-Party Advisory Committee on the Electoral Commission’s plan to compile a new Voters’ Register ahead of the 2020 Presidential and Parliamentary Elections.”

EC insists fresh registration of voters will go ahead because it is very cost effective compare to the cost of refurbishing the existing system which has got to its end use.

According to the commission, the current register is not fit for purpose and its embarking on acquisition of new election management system that is robust but cheaper.

However, a coalition of minority parties under the control of NDC known as the Inter-Party Resistance Against New Voter Register is kicking against the new register citing cost and time.

The group has been staging demonstrations to register its protest against the compilation of a new register.

With the EC’s insistence that the new register is a done deal, the group has abandoned the demonstrations and now running to influential persons in the society, including former President Jerry John Rawlings.

“The Inter-Party Resistance Against New Voter Register (IPRAN), has petitioned former President Jerry John Rawlings to seek his counsel in its quest to stop the Electoral Commission from compiling a new register ahead of the 2020 elections,” a statement from the Office of the former President said.

The group’s led by PNC National Chairman, Bernard Mornah, met the former President at his office on Tuesday, and said the EC’s “refusal to listen to wise counsel particularly from persons who have participated in the electoral process for a very long time has led to very painful but wrong decisions.”

Former President Rawlings called for patience on both sides and urged the coalition and the Electoral Commission not to take entrenched positions.

He urged the coalition to ensure that eminent personalities and institutions such as the former Presidents, the Electoral Commission’s Eminent Advisory Committee and the Council of State are all informed.

“There is so much mistrust that if we do not find a way of dealing with some of these issues, they will remain and sour the atmosphere during the election period. It will keep us very close to an ignition point which will be very unnecessary.

“This coming election is going to be a truly serious thing and nobody must take the process for granted or think they can get away with making the wrong moves. The steps being taken must be transparent so no one has any doubts about the integrity of the process. Whoever wants to win will necessarily have to win by free and fair means,” former President Rawlings, stated.