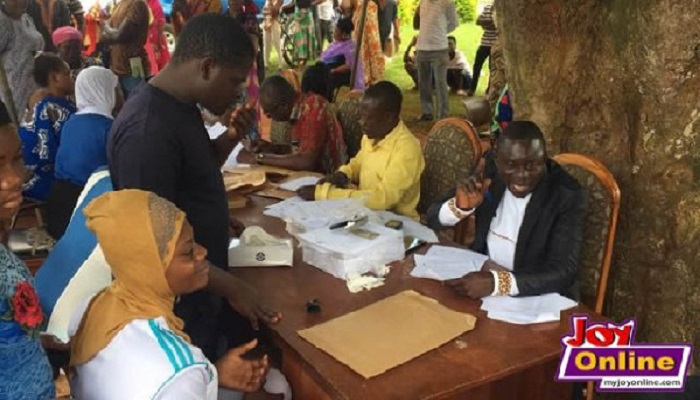 The Electoral Commission today began a Limited Voters’ Registration exercise nationwide, to register Ghanaians who have turned 18 since the last registration as well as those who, for one reason or another, have never registered to do so.

It forms part of the Commission’s preparations towards the conduct of the 2019 district level election of Metropolitan, Municipal and District Chief Executives (MMDCEs) scheduled for Tuesday December 10, 2019.

The exercise which was originally scheduled for June 7 had to be postponed following an injunction application filed by Ghanaian citizen, Umar Ayuba, challenging the decision by the election management body to hold the registration in its district offices and some selected electoral areas.

But the Supreme Court in its ruling on whether to uphold the injunction or not, dismissed the application.

A statement signed by the chairperson of the Commission, Mrs Jean Mensa, after the Supreme Court ruling, said “the Limited Voters Registration Exercise will now take place from Monday, June 17, 2019 to Sunday, July 7, 2019.”

According to the statement, “the registration will take place in all district offices of the Commission and designated electoral areas/centres throughout the country.

“Registration will start from 7:00 am to 6:00 pm each day and will include weekends.”

Admissible documents for registration, the statement mentioned include a Ghanaian passport, a valid driver’s licence, a National Identification card and an old non-biometric voter’s identity card for those who registered before the 2012 Voters Registration Exercise.

“Applicants who do not have any of the above documents, may go to the registration centres with two registered voters to serve as guarantors for the purpose of registration,” the statement added.