Doreen Hammond Is 2018 GJA Journalist Of The Year

Home - News - Doreen Hammond Is 2018 GJA Journalist Of The Year 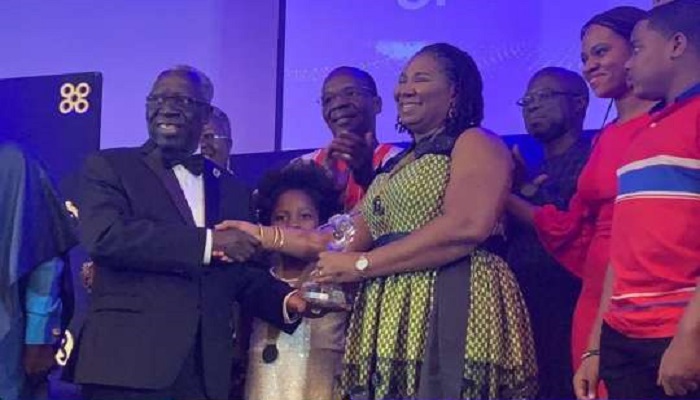 Doreen Hammond Is 2018 GJA Journalist Of The Year

Ms Doreen Hammond, of the Graphic Communication Group Limited was on Sunday morning adjudged, the 2018 Ghana Journalists Association (GJA) “Journalist of the Year” at the 24th GJA Awards ceremony held in Accra.

Ms Hammond, who is the Editor of Junior Graphic, one of the Group’s Newspapers, was also honoured as the “Best Columnist for 2018”.

At the awards ceremony held on Saturday night, the Graphic Communications Group Limited (GCGL) where Ms Hammond works topped the awards with a total of twelve awards.

Before rising to become the Editor of the Junior Graphic in September 2019, Ms Hammond was the Features Editor of the Daily Graphic newspaper, a position she held since 2008.

In April 2019, she was appointed Acting Editor of the Junior Graphic newspaper in addition to her regular schedule.

Before joining the Graphic Communications Group, she worked with the New Times Corporation.

She is a product of the Ghana Institute of Journalism (GIJ).

Ms Doreen Hammond, in her remarks after receiving the award, said some journalists had the wrong perception that exhibiting themselves on social media with unethical content was what could give them exposure and encouraged them to rather work with high ethical and journalistic standards to keep working professionally as they would surely be recognised.

“I will urge journalists to continue to protect the good image of this noble profession. Let’s also continue to be the voice of the voiceless,” she added.

Ms Hammond believed journalism was more than politics and advised media institutions to prioritise and dedicate space and airtime to other social issues that could drive nation-building.

She dedicated the Award to her family for the inspiration, the Graphic Communications Group Limited (GCGL) for the platform, and expressed gratitude to all those who pushed her to excel since she entered the journalism profession including; the New Times Corporation, where she moved from to GCGL.

The ceremony was the high point of the 70th Anniversary celebrations of the GJA this year, which is on the theme, “Democracy, Freedom and Independence of the Media in Ghana.”

The Special guest of honour was the Vice President, Dr Mahamudu Bawumia.

Honorary awards were presented to a number of personalities including Sir Sam Jonah and Dr Charles Wereko Brobbey.

In the competitive award winners’ category, the following were recognised