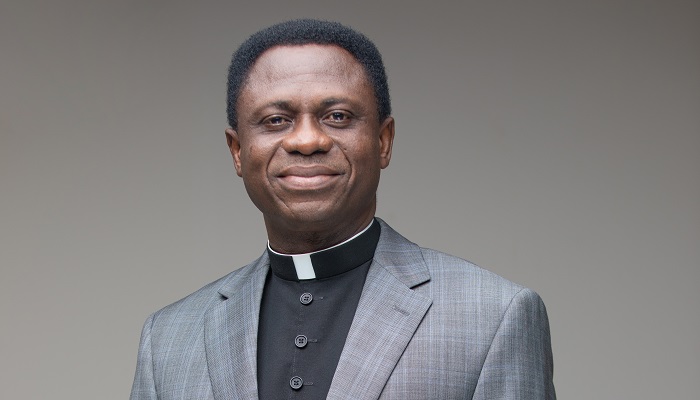 The Chairman of The Church of Pentecost, Apostle Eric Nyamekye, has described illegal mining, popularly called “galamsey”, as a monstrous phenomenon that requires all hands on deck to tackle, rather than leaving it in the hands of politicians.

He said the complexity of the galamsey menace and its devastating impact on the environment required that all stakeholders were brought on board to deal with its root causes in the interest of the country.

In an interview with the Daily Graphic on Friday, February 28, 2020, Apostle Nyamekye observed that the resurgence of illegal mining, three years into the fight against the menace, meant that more efforts were needed to stop the destruction of the environment.

“Something has been done to fight galamsey, but it is obvious that we have not done enough to stop it. If we had done things right, the Ankobra, the Pra and other water bodies would have been clean,” he said.

From 2017, the government took the fight against illegal mining to a higher level by banning all forms of small-scale mining in the country for almost two years until it was lifted on December 14, 2018.

An Inter-ministerial Committee on illegal mining (IMCIM) was also set up, comprising relevant ministries such as the Lands and Natural Resources; Environment, Science, Technology and Innovation (MESTI); Local Government and Rural Development; Defence, and the Interior, to help bring sanity to the small-scale mining sector.

Hundreds of excavators, boats for dredging and washing the ore body, known as chanfan machines, and other equipment were seized by the Operation Vanguard team at mining sites, a development that saw the condition of some water bodies improve.

However, a year after the lifting of the ban, there is a resurgence in galamsey activities in many parts of the country.

Some government officials and members of the Operation Vanguard team have also been cited for involving themselves in corrupt deals that promoted the illegality.

Against that backdrop, Apostle Nyamekye said the time had come for a dispassionate national discourse on how to proceed with the galamsey fight to protect the environment from further deterioration.

He stressed that if the government was willing to stop the menace, all stakeholders needed to be brought to the discussion table to help take the bull by the horn.

“It will take the people of this generation to solve the galamsey problem that we see today. Angels will not come down from heaven to solve it for us,” he said.