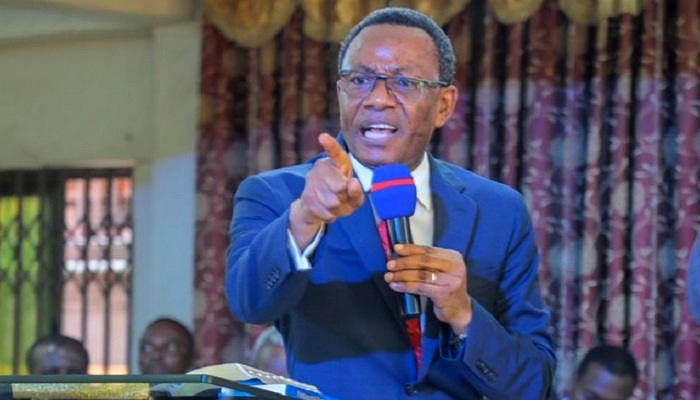 The General Secretary of The Church of Pentecost, Apostle Alexander Nana Yaw Kumi-Larbi, has advised people going through difficult situations to hope in Jesus Christ alone and to eliminate any thought of taking their own lives because suicide is not a solution to any problem.

Apostle Kumi-Larbi, explained that, more often than not, people who find themselves in hopeless situations and have run out of options, begin to entertain suicidal thoughts as a means of dealing with their problems.

“Suicide is never a solution to any problem, it is just a postponement of the problem because in the end both the dead and the living shall stand before the Judgement Seat of God to account for their deeds on earth,” he said.

He, instead, recommended Jesus Christ as the ultimate solution to any problem because He is the only one who can completely deal with the root cause of every problem, which is sin.

Apostle Kumi-Larbi said this on Sunday, July 14, 2019, when he joined members of Bubiashie District to observe Gospel Sunday.

Speaking on the topic: “Don’t Harm Yourself, There Is Hope In Jesus Christ” with Acts 16 as his main scripture reference, the General Secretary, cited how the Prison Warden, who had been charged to watch over Paul and the other prisoners, attempted to kill himself after he thought that the prisoners had escaped.

He noted that, but for the intervention of Paul, the Prison Warden would have taken his own life since he was overwhelmed by the possible damage that the prison break would cause his reputation and life.

According to Apostle Kumi-Larbi, Paul did not only stop him from perpetuating the atrocity, but he also took the opportunity to lead the Prison Warden to Jesus, and as a result, the Prison Warden, together with his entire household, surrendered their lives to Jesus Christ.

Expounding further, the General Secretary also advised Christians to emulate Paul’s response to tragedy. He said that Paul and the other believers were not discouraged by the fact that they had been thrown into jail on the account of their faith. Rather, they sang joyfully and praised the Lord even in the prison cell.

He said that believers ought to take a cue from what Paul and his companions did because the Christian’s reaction (response) to tragedies serves as a powerful testimony for unbelievers and inspires them to also turn to Jesus Christ.

“As Christians, how we respond to tragedies in life is very important. This is because, in times of predicament, the unbelievers around us look on to see how we deal with them, and when we are able to hold on to our faith in the Lord and endure them. Our situations become living testimonies that inspire others to also come to faith in Christ,” he said.

The General Secretary, therefore, urged unbelievers to hand over their burdens to the Lord by wholly surrendering their lives to Him and to trust that He would never disappoint them.

“God can intervene in any situation and He is offering to do just that, but it is up to us as human beings to accept this offer and hand over the situation to Him,” he said.

He also encouraged Christians to continue to be resolute in their faith bearing in mind that the One in whom they have believed is faithful.

An altar call after the sermon yielded 5 souls to the glory of God. Apostle Alexander Nana Yaw Kumi-Larbi was accompanied to the event by his wife, Mrs. Rose Dansoa Kumi-Larbi. Also in attendance were Pastor Samuel Tetteh Doku (Bubiashie District Minister) and his wife, Mrs. Victoria Tetteh Doku.