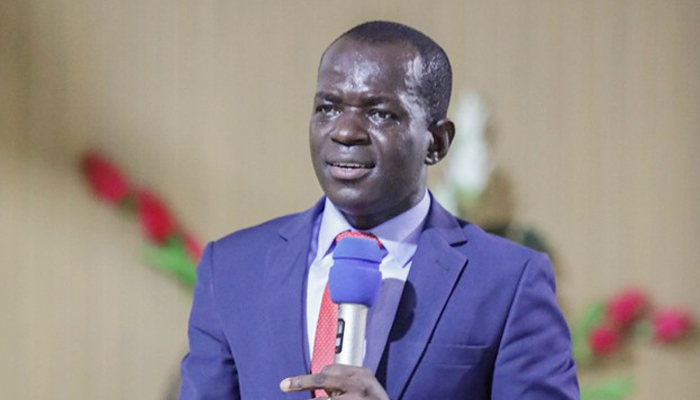 An Administrative Secretary to the General Secretary of The Church of Pentecost, Pastor Felix Okyere Anti, has said that favour can change one’s destiny from being an ordinary person to an extraordinary person.

Pastor Anti who also doubles as the Resident Minister of Onyame Tease Worship Centre in La Area, was speaking at the 2019 Highly Favoured Conference organised by the Born Again Worship Centre in the Achimota Area on Tuesday, May 14, 2019.

Speaking on the topic, “I Am Highly Favoured” with 1 Samuel 10:1-7 as his main text, Pastor Anti stated that the favour of God on someone is where the person is anointed by God, saying, “When you are anointed or favoured, you are set apart and glorified.”

He explained favour as a revelation, anointing and enlightenment.

He encouraged Christians to believe that no matter their backgrounds, they can do exploits when God’s favour come upon them.

“When one is favoured, he is set apart and begins to see the realms of the spirit and sees greater than what others see.

“One pleasing thing about favour is when all walls are against you, God is on your side,” he said, adding, “The Holy Spirit on you testifies God’s favour on you, because the Holy Spirit is a game-changer.”

He added that God’s favour moves one from glory to glory, referring to Esther (the slave girl who became a queen) and Joseph (a slave prisoner who became a palace man).

“Favour moves one from the present situation to a progressive situation in life,” he pointed out. He therefore urged believers to ask for God’s favour in order to move to a higher level in life.

He indicated that favour causes increase in life. “When favour comes onto someone, the person becomes a blessing to others,” he said.

Pastor Felix Anti concluded by saying that favour makes one a unique person, changes things, pulls all good things to one, and also leads to God’s protection.