Devote Yourselves To The Ministry of Prayer – Chairman To Christians 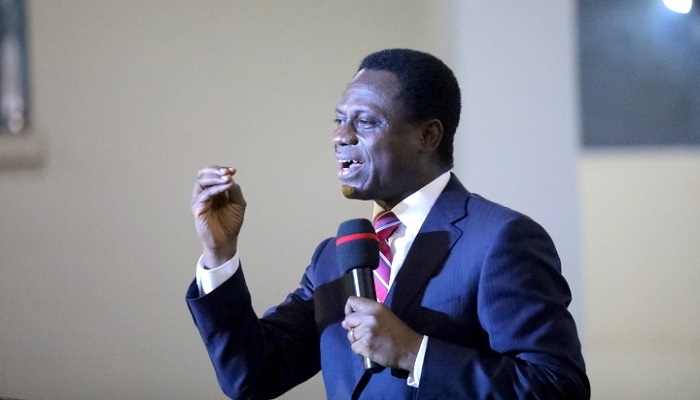 Devote Yourselves To The Ministry of Prayer – Chairman To Christians

The Chairman of The Church of Pentecost, Apostle Eric Nyamekye, has called on Christians, particularly members of the Church, to devote themselves to fasting and prayer (the ministry of prayer) so as to sustain the life of the Church, who is the Holy Spirit.

He noted that in most cases, Christians in general, and Church leaders in particular, tend to give more importance to the preaching and study of the Word of God and pay little or no attention to waiting on the Lord through prayer and fasting.

The Chairman, therefore, advised Christians to also prioritize consistent fervent personal prayer because it is very essential to sustaining the life of the Church.

Apostle Eric Nyamekye made this passionate plea on Wednesday, May 29, 2019, when he met Elders, Deacons and Deaconesses of the Ejisu and Konongo Areas of the Church as part of his visit to the Ashanti Region.

Using 84-year-old Anna in Luke 2:36-38 as an example, Apostle Eric Nyamekye said that, unlike the ministry of the Word, there is no limitation to the ministry of prayer and fasting, because it can be undertaken by anyone, wherever and whenever.

He said that since Anna waited on the Lord, she was one of the only two persons, who were able to take notice of the baby Jesus when He was brought to the temple to be dedicated.

“Since Anna had spent time waiting on the Lord through prayer and fasting, It was revealed to her that the baby Jesus, was no ordinary baby, but the one through whom the redemption of the Israelites would come. Yet the priests of the temple had no clue who Jesus was,” he said.

He, therefore, urged church leaders, who serve as shepherds of God’s flock, to wrestle hard in prayer and to intercede on behalf of the members of the Church as was testified of Epaphras in Colossians 4:12-13, stressing that “it is possible to disciple the young ones through prayer.”

Apostle Eric Nyamekye also encouraged church members, particularly the youth, to spend more time in prayer and constantly seek the infilling of the Holy Spirit. He said that if at the ripe age of 84 years, Anna could engage in fasting and prayer, persons of relatively younger ages have no excuse not to take up the ministry of prayer.