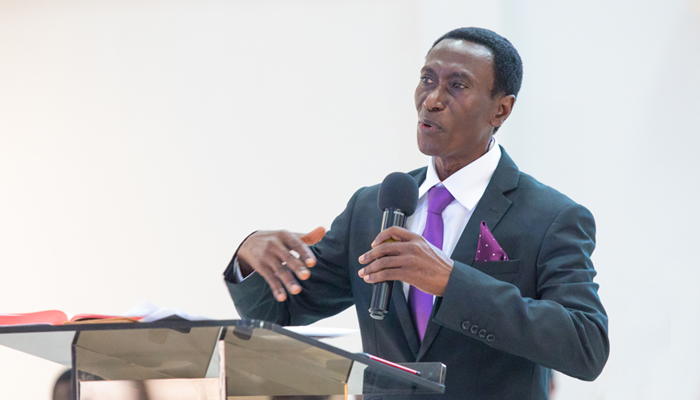 The Swedru Area Head of The Church of Pentecost, Prophet David Kankam Beditor, has challenged Prayer Centre Leaders (Church Leaders) to demonstrate godly character worthy of the title “a man (woman) of God.”

According to him, a “man (woman) of God” is a biblical title of respect attributed to prophets and beloved religious leaders.

“If there ever was a title that any Religious Leader must aspire to be called, then it is not an Apostle, Prophet, Evangelist, Bishop, or a Pastor, but to be worthy of the title ‘A Man of God’,” he said.

Prophet Kankam Beditor said this on Thursday, June 7, 2019, when he spoke on the Topic: The Character of the Prayer Leader” at this year’s Prayer Centre Leaders’ Seminar at the Pentecost Convention Centre (PCC), Gomoa-Fetteh.

In his presentation, the Swedru Area Head noted that the title “man of God”, which appears seventy-eight (78) times in seventy-two (72) verses of the Bible, is only ascribed to religious leaders who exhibit godly character.

Touching on godly character, Prophet Kankam Beditor defined character as the mental and moral qualities that distinguish an individual from others. This, he said, includes how the individual thinks, feels, behaves and conducts him or herself.

The Swedru Area Head said that, as Christian Leaders, they ought to exhibit godly character traits not only to earn them the title, but also to become good role models to their followers.

He noted that integrity, loyalty, respectfulness, humility, forgiveness, fairness, kindness, self –discipline, caring and wisdom as some godly character traits that impact people.

Using Moses and Timothy as a case study (Deuteronomy 33 and 1 Timothy 6:3-14), Prophet Kankam Beditor explained that a man of God is one who obeys God’s commands with joy, willingly serves Him by giving freely of all his resources and is willing to suffer for his faith.