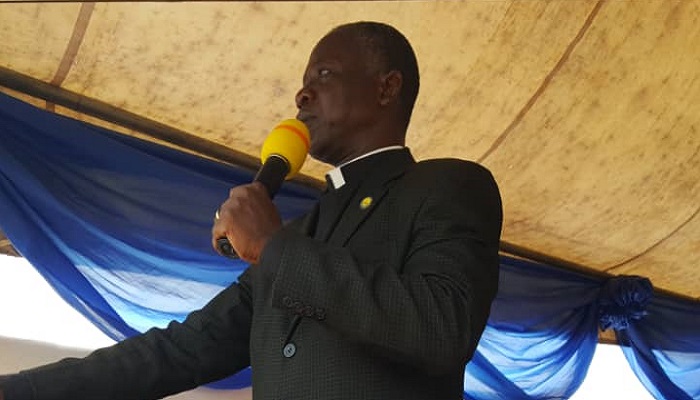 The Wenchifie District Minister of The Church of Pentecost, Pastor Samuel Kwesi Asiamah, has said that Jesus Christ really died and resurrected on the third day, and that knowledge has become the foundation and the pillar for the Christian faith.

He discounted some erroneous doctrines surrounding the death of Jesus, saying, “The truth is that Jesus really died according to John 19: 33.”

Asiamah was speaking at the opening of the 2019 Easter Convention of the Wenchi Zone of the Techiman Area.

He stated: “By the foreknowledge of the Godhead, Jesus Christ the Son of God the Father was to be nailed on the cross.”

He announced that Jesus died, was buried, and rose on the third day as the Scriptures says in 1 Corinthians 15: 3-8. He indicated that the resurrection of Jesus was witnessed by the Apostles and several disciples, including Paul who had a revelation of Him.

“Jesus Christ is the first man to conquer death through His miraculous resurrection as indicated in Acts 2: 24 and 1 Corinthians 15:20,” he stressed.

Elaborating the reasons why death could not hold Jesus captive, Pastor Asiamah explained that Jesus is a spiritual Nazarite just like Samson who was physically strong and was given certain principles to follow in order to maintain His strength. He further said Jesus was a Nazarene in the sense that He obeyed the spiritual laws of God religiously and perfectly.

“Jesus is sinless, He is God and in Him dwells the fullness of the Godhead in bodily form. He is life and He conquered death so it was impossible for death to hold Him captive,” he stressed.

Pastor Asiamah urged those who did not know Jesus to give their lives to Christ, saying, “Anyone who believes in Jesus has the life in Christ dwelling in him/her, and this makes every believer in Jesus Christ an overcomer of death, because we have the life of God in us.”

This year’s Easter Convention in the Techiman Area was divided into three (3) zones namely, Wenchi, Techiman and Nkoranza Zones.