Coronavirus: Why Humans Are Catching More Diseases From Animals? 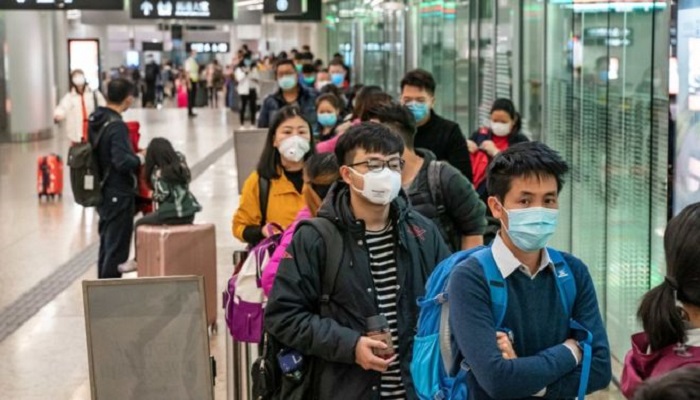 Coronavirus: Why Humans Are Catching More Diseases From Animals?

The world is grappling with the new coronavirus, which has spread from China to at least 16 other countries.

Outbreaks of new infectious diseases are typically seen as a “one off”.

But the new virus – thought to have stemmed from wildlife – highlights the risk from animal-borne disease. This is likely to be more of a problem in future as climate change and globalisation alter the way animals and humans interact, the BBC reports.

How can animals make people ill?

In the past 50 years, a host of infectious diseases have spread rapidly after making the evolutionary jump from animals to humans.

The HIV/Aids crisis of the 1980s originated from great apes, the 2004-07 avian flu pandemic came from birds, and pigs gave us the swine flu pandemic in 2009. More recently, it was discovered severe acute respiratory syndrome (Sars) came from bats, via civets, while bats also gave us Ebola.

Humans have always caught diseases from animals. In fact, most new infectious diseases come from wildlife.

But environmental change is speeding up this process, while increased city living and international travel mean when these diseases emerge, they can spread more quickly.

How can diseases jump species?

Most animals carry a range of pathogens – bacteria and viruses that can cause disease.

The pathogen’s evolutionary survival depends on infecting new hosts – and jumping to other species is one way to do this.

The new host’s immune systems try to kill off pathogens, meaning the two are locked in an eternal evolutionary game of trying to find new ways to vanquish each other.

For example, about 10% of infected people died during the 2003 Sars epidemic, compared with under 0.1% for a “typical” flu epidemic.

Environmental and climate change are removing and altering animals’ habitat, changing how they live, where they live and who eats whom.

The way humans live has also changed – 55% of the global population now live in cities, up from 35% 50 years ago.

And these bigger cities provide new homes for wildlife – rats, mice, raccoons, squirrels, foxes, birds, jackals, monkeys – which can live in the green spaces such as parks and gardens, off the waste humans leave behind.

Often, wildlife species are more successful in cities than in the wild because of the plentiful food supply, making urban spaces a melting pot for evolving diseases.

Who is most at risk?

New diseases, in a new host, are often more dangerous, which is why any emerging disease is concerning.

Some groups are more vulnerable to catching these diseases than others.

Poorer city-dwellers are more likely to work in cleaning and sanitation, boosting their chances of encountering sources and carriers of disease.

They may also have weaker immune systems because of poor nutrition and exposure to poor air or unsanitary conditions. And if they fall ill, they may not be able to afford medical care.

New infections can also spread rapidly in big cities as people are packed so tightly – breathing the same air and touching the same surfaces.

In some cultures, people also use urban wildlife for food – eating animals caught within the city or bushmeat harvested from the surrounding area.

How do diseases change our behaviour?

To date, almost 8,000 cases of the new coronavirus have been confirmed, with 170 people thought to have died.

With countries taking steps to stem this outbreak, the potential economic consequences are clear.

Travel bans are now in place and, even without them, people are scared of interacting in case they catch the virus, changing their behaviour. It becomes harder to cross borders, seasonal migrant workers can’t relocate and supply chains become interrupted.

This is typical of an outbreak of this nature. In 2003, the Sars epidemic cost the global economy an estimated $40bn (£30.5bn) in six months. This was partly because of the cost of treating people but also dips in economic activity and movement of people.

What can we do?

Societies and governments tend to treat each new infectious disease as an independent crisis, rather than recognising they are a symptom of how the world is changing.

The more we change the environment, the more likely we are to disrupt ecosystems and provide opportunities for disease to emerge.

Only about 10% of the world’s pathogens have been documented, so more resources are needed to identify the rest – and which animals are carrying them.

For example, how many rats are there in London and what diseases do they carry?

Many city-dwellers value urban wildlife but we should also recognise some animals carry potential harms.

It makes sense to keep track of which animals are newly arriving in cities and whether people are killing or eating wildlife or bringing it to markets from the surrounding area.

Improving sanitation, waste disposal and pest control are ways to help stop these outbreaks emerging and spreading. More widely, it is about changing the way our environments are managed and the way people interact with them.

Pandemics are part of our future

Acknowledging new diseases are emerging and spreading in this way puts us in a stronger position to fight new pandemics, which are an inevitable part of our future.

A century ago, the Spanish flu pandemic infected about half a billion people and killed 50-100 million people worldwide.

Scientific advancement and huge investments in global health mean such a disease would be better managed in future.

However, the risk remains real and potentially catastrophic – if something similar were to happen again, it would reshape the world.

By the middle of the last century, some in the West claimed infectious diseases were conquerable.

But as urbanisation and inequality grow and climate change further disturbs our ecosystems, we must recognise emerging diseases as a growing risk.