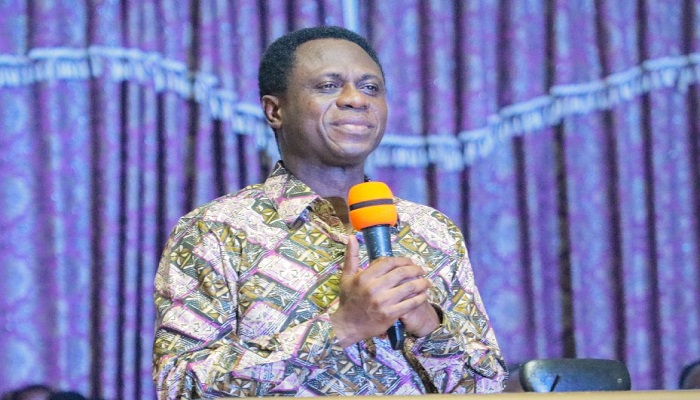 The Chairman of The Church of Pentecost, Apostle Eric Nyamekye, has indicated that the church exists for the sole purpose of bringing transformation into society.

According to him, the church can only be said to be relevant when it is able to transform society.

Apostle Eric Nyamekye said this on Wednesday, September 19, 2019, when he met with ministers and officers of the church in the Oda Area as part of his visit to the Eastern Region.

The Chairman, who was elaborating on the 5-year vision of the Church dubbed “Vision 2023,” bemoaned the high rate of crime and indiscipline in Ghana, saying that it is a big indictment on Christianity as the country claims to have over 70 per cent of its population professing to be Christians.

Apostle Nyamekye admonished churches not to be satisfied with putting up big auditoriums and having large congregations until they were able to positively impact the communities in which they operate. “If you have the numbers, then possess the nations,” he charged.

The Chairman observed that although there has been a massive proliferation of churches in Ghana in recent times, the church seems to have no or little impact on society, stressing that “Righteousness, and not churches, exalts a nation.”

He said that there was a need for Christians to refocus and take up their role as agents of transformation in society. He cautioned that the church would only be deemed relevant to this dispensation if it was able to positively influence society.

He noted that the increasing rate of crime in the country denotes that the churches were unable to match with evil forces of these times.

The Chairman said that the overall goal of Vision 2023 is to ensure that members of the church are equipped and released into society as agents of transformation to reverse the moral decadence that has become prevalent in the country.

Apostle Eric Nyamekye, therefore, issued a rallying call to all Christians, particularly members of the church, to uphold their Christian virtues in their everyday life so as to influence every sphere of society for Jesus Christ. He also encouraged the church leaders and members to commit to the effective implementation of Vision 2023 at their various stations.