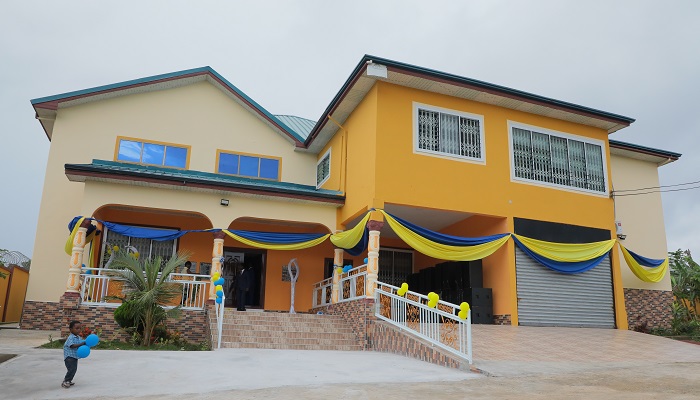 The Chairman of The Church of Pentecost, Apostle Eric Nyamekye, today, October 3, 2019, dedicated the newly-constructed mission house of the Mankesism Area.

The dedication ceremony coincided with the Chairman’s weeklong visit to the Central Region. He was assisted by the Cape Coast Area Head and Executive Council Member, Apostle Samuel Yaw Antwi, the Mankessim Area Head, Apostle James Nana Ofori, and the area pastorate.

The manse, which took 6 years to complete, has 8 bedrooms and other facilities. The project was first initiated by Apostle Mark Obeng Andoh when the Mankessim Area was carved from the Cape Coast Area. Apostle Andoh officially cut the sod for the commencement of the project on February 27, 2013,

The immediate-past Area Head, Pastor Philip Appoh, and the current Area Head, Apostle James Nana Ofori, both supervised the project at various stages of construction to its successful completion.