Catholic Nuns Get Pregnant On Missionary Trip To Africa 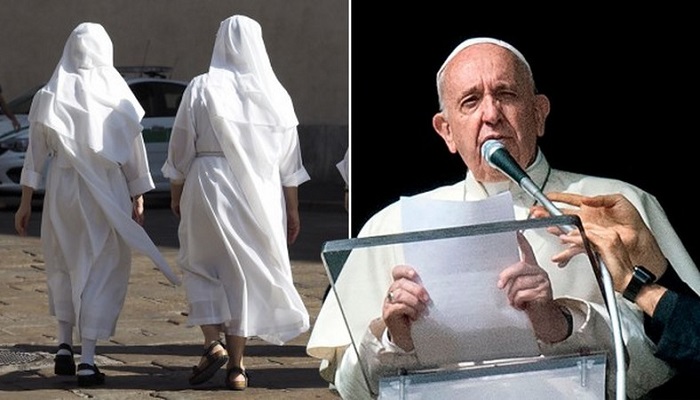 Catholic Nuns Get Pregnant On Missionary Trip To Africa

The Catholic Church has launched an investigation after two missionary nuns became pregnant while working in Africa.

The two women, who belonged to separate religious orders in Sicily, are expecting children despite their vows of chastity.

One of them, a mother superior, found she was several weeks pregnant while the other woman discovered the news when she complained of stomach pain.

Both nuns are now facing an uncertain future in their profession and the scandal has caused ‘consternation’ among the clergy.

One of the women, aged 34, discovered her pregnancy when she went to hospital with stomach pain, according to Italian news agency ANSA.

Her religious order has not been identified, but reports say she belonged to a convent in Sicily’s Nebrodi mountains.

She has now moved to Palermo to prepare for the birth of her child.

The nun may now choose to give up her monastic life altogether and focus on raising her child, it is believed.

In a second case, a nun who was originally from Madagascar was discovered to be several weeks pregnant.

The nun was a mother superior – a senior monastic – and had been caring for the elderly at an institute in Ragusa.

She has already returned to her home country, according to reports, but the double scandal has caused concern among the church hierarchy.

‘There is consternation at this news,’ a church source in Rome, where the Catholic Church has its headquarters, told The Sun.

‘It appears that both women were back in their home nations and obviously had some form of sexual encounter.

‘An investigation has been launched. They both breached strict rules of chastity but the welfare of their children is uppermost.’

Earlier this year Pope Francis admitted that many nuns had been sexually abused, calling it a ‘serious, grave problem’.

‘We have to fight this, and also the service of religious sisters: Please: Service yes, servitude no,’ he said on his papal plane in January.