Buildings Or Factories For Prisoners? The Delicate Balance Ghana Needs 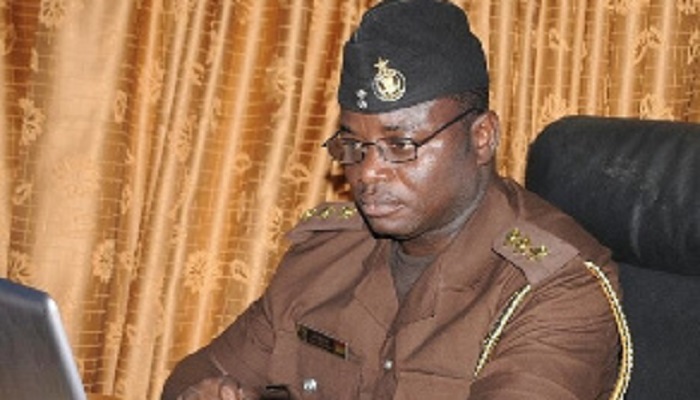 Buildings Or Factories For Prisoners? The Delicate Balance Ghana Needs

One of the very interesting debates I have heard recently is whether the Church should build prions or factories.

While some people are for churches building prisons, others are against it, arguing that the government should be solely responsible for building prisons and that churches must rather focus on building factories, so that they can provide employment for their members.

The National Redemption Council Decree (NRCD) 46 of 1972 mandates the Ghana Prisons Service to ensure the safe custody and welfare of prisoners and whenever practicable, undertake their reformation and rehabilitation.

The Service has been performing this task quite credibly well over the years.

It is, however, a fact that the service, just like any other government subvented institution, cannot depend solely on the government to meet all its needs.

It is in this vein that the service collaborates with other organisations and public-spirited individuals in the provision of needed resources for the benefit of inmates.

The service, over the years, has received support from varied organisations such as the British High Commission, the Prison Ministry, St. John’s Hospital and Fertility Centre, Hoama Engineering Services, the Church of Pentecost, among other such institutions.

It would be recalled that The Church of Pentecost, following a documentary that brought to the fore the acute overcrowding in the country’s prisons, decided to build five prison camps to assist in decongesting our prison facilities.

Unfortunately, instead of commending the church for this humane gesture, some individuals have chosen to condemn it.

The condemnation might most probably be born out of a lack of understanding or ignorance on the part of such individuals.

It is our candid opinion that the initiative by The Church of Pentecost is highly commendable and in line with God’s call for the Church to go into ventures that are human centred.

That is why we have seen churches engaged in projects such as schools, hospitals, boreholes and in recent times prisons.

Has anybody ever condemned the Church for building schools and hospitals?

Is it simply because this time around, it is prisons? Let’s not forget that security is everybody’s business.

One of the arguments against the Church building prison facilities has been that the Church would be encouraging criminality.

How unfortunate! What if it is built by government? Is government encouraging criminality?

In fact, building prisons so as to reduce congestion in our prisons is a divine call.

Hebrews 13: 3 states: “Remember those in prison, as though you were in the prison with them; and also, those mistreated, as if you felt their pain in your own bodies”.

It is no secret that overcrowding has serious health implications for the inmates and we must also not lose sight of the fact that today’s prisoner can be your tomorrow’s next-door neighbour, when discharged. Your guess on the repercussions of the above scenario for all of us is as good as mine.

The Prisons Administration believes that the gesture by The Church of Pentecost is in tandem with the above and many other teachings that the Bible exhorts all of us to observe.

It is instructive to note that incorporated in the camp prisons being built are chapels and workshops.

The chapels will enable the church to reach out to our unfortunate brothers and sisters in prison with the gospel of salvation, while the workshops will enable inmates to receive vocational training so that upon discharge, they can become responsible, productive and law-abiding citizens who can also contribute their quota to national development.

The Prisons Administration applauds The Church of Pentecost for this initiative and wishes to encourage all well-meaning organisations and individuals to collaborate and support the Ghana Prisons Service and for that matter, the government, to improve conditions in our prisons, for as it is said “the prison is a potential home for everyone.

You may not know when you may find yourself at the wrong side of the law.’’

Prisons are one of the indices of measuring the democratic credentials of a nation and as Nelson Mandela puts it, “no one truly knows a nation until one has been inside its jails.

A nation should not be judged by how it treats its highest citizens, but its lowest ones”.