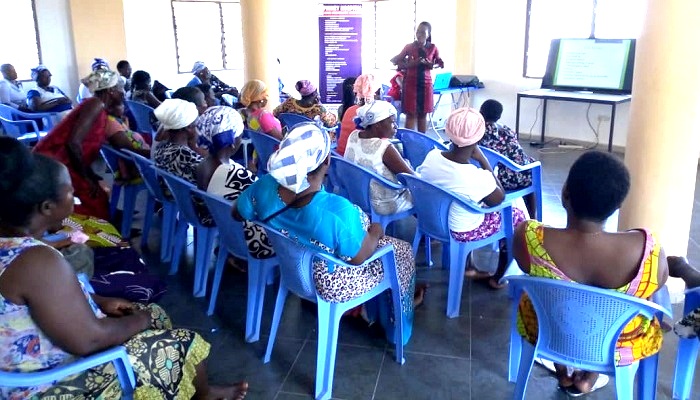 The Broadcasting Assembly Women’s Ministry in the Kasoa Area of The Church of Pentecost has organised a day’s health screening exercise under the theme: “Possessing the Nations In Good Health.”

The exercise, which took place on Saturday, May 11, 2019, was organised as part of the National Women’s Convention.

The primary objective of the event was to educate the women on Breast Cancer, and to conduct a free screening for participants of the programme to check for lumps and symptoms of breast cancer.

The team of nurses from the Finney Hospital and Fertility Centre, who conducted the screening, educated participants on how to examine themselves and check for lumps in their breasts.

They also advised participants to self-examine their breasts regularly and report to the hospital for medical attention if they notice anything strange.

Madam Mavis Ankomah, the leader of the medical team, enlightened the participants on some of the symptoms of breast cancer
“Some of the symptoms of breast cancer include a painless lump or mass in the breast, which does not move when pressed with the fingers. Also, when there is a change in the symmetry or size of the breast, or a change in the skin such as dimpling and orange peel-like appearance,” she said.

Other symptoms she mentioned were: nipple discharge, which may be cloudy or bloody in colour, change in nipple such as retractions, swelling of the arm, rashes on the breast, one breast becoming unusually lower than the other, swelling of the upper arm and under the arms, as well as around the neck or upper chest.

Madam Mavis Ankomah also revealed that the treatment of breast cancer is based on the stage of the disease. She added that early detection is curative and therefore encouraged women to report early to the hospitals when they detect anything unusual about their breasts.

The team of nurses from the Finney Hospital and Fertility Centre also screened participants for Hypertension and Diabetes.